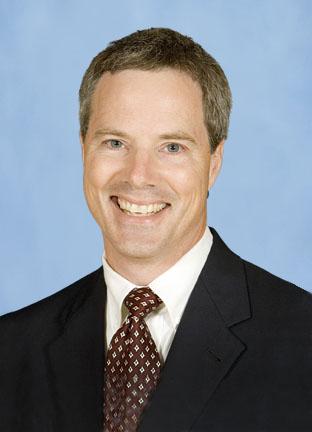 Dennis R. Claflin, Ph.D. serves as a Associate Research Scientist in the Section of Plastic Surgery at the University Michigan School of Medicine. He received his Ph.D. degree in Bioengineering from the University of Michigan followed by a postdoctoral fellowship in skeletal muscle physiology and biophysics at Harvard Medical School.

Dr. Claflin's broad research objective is to contribute to a more complete understanding of the mechanisms responsible for skeletal muscle activation and force generation. To this end, experiments are performed on both intact and permeabilized single muscle fibers as well as small whole muscles. Mechanical measurements include velocity of shortening, tension generating rate and magnitude, and stiffness. In addition to mechanical measurements, intracellular calcium levels are controlled in permeabilized fibers using calcium-buffered activating solutions, or monitored in intact fibers using calcium-sensitive fluorescent dyes. Insights into the underlying molecular events of activation and contraction are obtained by making mechanical measurements as a function of time following activation while varying conditions such as calcium concentration, fiber length, and temperature.

Complementing these interests in the mechanisms of activation and force generation is an interest in the consequences of perturbations of the systems responsible for their optimal functioning. These can result, for example, from injury to skeletal muscle, genetic defects such as those resulting in the absence of the cytoskeletal protein dystrophin in mdx mice and individuals with Duchenne muscular dystrophy, or can simply be a consequence of advancing age. Of particular interest are the effects of such perturbations on the coupling between muscle fiber excitation and the release of activating calcium into the myoplasm. For any given perturbation, a rational working hypothesis is formulated concerning the role played by impairment of coupling between excitation and calcium-release in the associated functional deficits. Ongoing experiments involve testing hypotheses suggested by these working hypotheses.