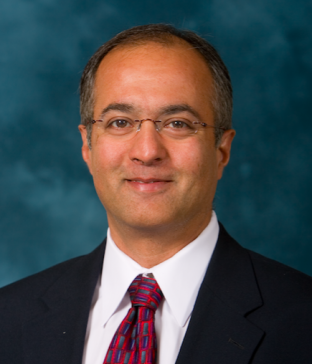 H. V. Jagadish is Bernard A Galler Collegiate Professor of Electrical Engineering and Computer Science, and Distinguished Scientist at the Institute for Data Science, at the University of Michigan in Ann Arbor. Prior to 1999, he was Head of the Database Research Department at AT&T Labs, Florham Park, NJ.

Professor Jagadish is well known for his broad-ranging research on information management, and has approximately 200 major papers and 37 patents. He is a fellow of the ACM, "The First Society in Computing," (since 2003) and serves on the board of the Computing Research Association (since 2009). He has been an Associate Editor for the ACM Transactions on Database Systems (1992-1995), Program Chair of the ACM SIGMOD annual conference (1996), Program Chair of the ISMB conference (2005), a trustee of the VLDB (Very Large DataBase) foundation (2004-2009), Founding Editor-in-Chief of the Proceedings of the VLDB Endowment (2008-2014), and Program Chair of the VLDB Conference (2014).Ê Since 2016, he is Editor of the Morgan & Claypool Synthesis Lecture Series on Data Management. Among his many awards, he won the ACM SIGMOD Contributions Award in 2013 and the David E Liddle Research Excellence Award (at the University of Michigan) in 2008.