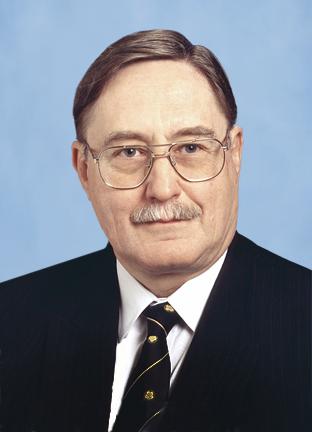 After serving a four year tour of active duty with the U.S, Marine Corps in 1962, Dr. Jacobs earned his bachelors degree from Miami University in Oxford, Ohio. He completed his medical school education at Johns Hopkins University School of Medicine in 1969 followed by surgical training at Johns Hopkins Hospital, University of California San Diego and Wayne State University Hospital. He began his surgical career at Wayne State in 1974 remaining for 15 years until his appointment as Associate Professor of Surgery and Assistant Dean for Clinical Affairs at the University of Michigan. In addition 1989, Dr. Jacobs was appointed Chief of Staff at the Ann Arbor VA Medical Center. In 1996 he was named Associate Dean for Clinical Affairs and Senior Associate Dean for the Medical School. In 1997, Dr. Jacobs was named Interim Chief Operating Officer of the University of Michigan Health System appointed permanently in 1998. In November of 2003, Dr. Jacobs assumed his current appointment as the sixth president of the Medical University of Ohio.

In addition to his research interests involving outcome studies of vascular and surgical diseases, especially related to various health-care systems and funding mechanisms, Dr. Jacobs chaired a committee in 1995 and 1996 that developed a three-year redesign plan that streamlined the University of Michigan Health System's operations, reducing expenses by $200 million. His bibliography includes six book chapters and more than 50 articles in peer-reviewed journals. He is a fellow of the American College of Surgeons and the American Association for Vascular Surgery. Dr. Jacobs is a member of numerous professional surgical societies and is a past president of the Academy of Surgery of Detroit.

Dr. Jacobs currently serves as President of The University of Toledo, remaining active in his teaching and administrative roles.