“The bottom line is, after 30 years in Boston, I wanted to ‘bookend’ my career by coming back to Michigan and teaching full-time. I’ve always been proud of my Michigan heritage and now I’m back here – and I really love it!”

As an undergraduate at Hobart College in Geneva, New York, in the late 1960s, Robert H. Gilman explored and nurtured his many talents. A lover of music, he’d played drums since middle school and now added drawing and painting to his passions. At the same time, he was equally drawn to science and medicine. What career would allow him to balance his fascination with medicine, his longing to help others, his skill with his hands and his artist’s heart? The answer, he came to find, was plastic surgery.

“It was the only branch of medicine that I could determine had a real link to aesthetics,” says Gilman, who returned “home” to the University of Michigan in 2013 to train Department of Surgery residents in plastic surgery.

It was the right choice.

Robert H. Gilman, M.D., D.M.D., originally from Hartford, Connecticut, earned his medical degree from Boston University. After residencies there in general surgery and otolaryngology (and a quick detour to get a dentistry degree as well), he came to the U-M where he completed a residency in plastic and reconstructive surgery in 1982.

He then returned to the Boston area and entered private practice focusing on all aspects of cosmetic surgery, while also training residents at Harvard University. Throughout an enormously successful career, Gilman has maintained his ties to Michigan, returning many times as a guest lecturer and as the featured speaker for both the Reed O. Dingman, M.D., and William C. Grabb, M.D., Endowed Lectureships. He has also been the keynote speaker at the Michigan Academy of Plastic Surgeons, held bi-annually on Mackinac Island.

In 1998, a colleague invited Gilman to travel to Cartagena, Colombia for his first medical mission trip, sponsored by an organization called Healing the Children.

“It was an absolutely life-altering experience for me,” he recalls. “It gave me the opportunity to practice what we do as surgeons and physicians in the purest possible way. Mission work allows us to offer our expertise with no other considerations but to help the people we see.”

Gilman’s gone every year since and now heads his own team. During grueling but exhilarating 12-hour days, they operate on children with cleft lip and palette, burns, congenital anomalies and genetic deformities to the hands and face. In a simple hospital with two tables in each operating room, they change children’s lives.

“Many of these children would have lived in seclusion and shame without the surgery,” Gilman says. “It’s not that Colombia is without qualified surgeons; the health care structure in the country does not support access to patients in rural areas with few economic resources.”

In addition to the surgeries Gilman and his colleagues perform, they work to educate local general and plastic surgeons. They also raise money for hospital supplies.

And nearly every time he’s traveled to Colombia, Gilman has brought with him a U-M plastic surgery resident – a reflection of his longtime commitment to medicine at Michigan.

When the Department of Surgery approached him about returning to Michigan to take over resident training in cosmetic plastic surgery, he jumped at the chance, (though he laughs that he picked the “wrong winter” to do so.)

“There’s a certain art and science that is particular to aesthetic patients,” he explains. “They’re a bit different from patients with medical or surgical problems that are secondary to trauma or disease."

“The bottom line is, after 30 years in Boston, I wanted to ‘bookend’ my career by coming back to Michigan and teaching full-time. I’ve always been proud of my Michigan heritage and now I’m back here – and I really love it!”

Years before he returned here to teach, Robert H. Gilman’s enduring loyalty to the Department of Surgery led him to make a gift that supports two of his intertwining interests: resident training at U-M and his belief in the power of medical mission trips. Today, the Robert H. Gilman Fund for International Travel supports the travel costs for the U-M resident chosen to be part of Gilman’s medical team during his annual medical mission trip to Colombia. 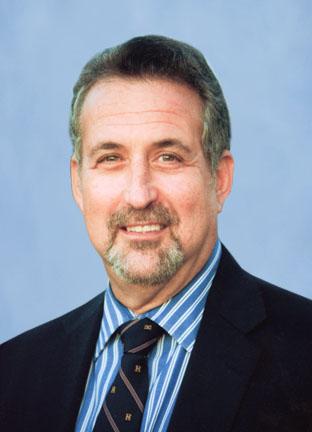