The potential for certain plant products as anti-cancer drugs.

Ground cherries usually appear at farmers’ markets in early August. Pale orange inside a papery husk, they taste vaguely like tomatoes and boast a small, devoted following that looks forward to turning them into salsa, jam and pie. But Mark Cohen, M.D., associate professor of surgery, knows that ground cherries — specifically, the species Physalis longifolia, which grows throughout the continental United States and parts of Canada — harbor an even more important secret than their unique flavor: They contain withanaloids, a chemical compound that could prove a potent weapon against a particularly deadly cancer.

Adrenocortical carcinoma is very rare, with an incidence of about 2 per million people each year. However, it is also one of the most difficult cancers to treat, in part because the tumor usually does not cause symptoms until it has grown very large or metastasized throughout the body. In cases like that, five-year survival rates can be as low as 7 percent.

“The tumor itself is resistant to a lot of different standard chemotherapies,” Cohen says. “And although we’re getting smarter with chemotherapy and targeted drugs and immunotherapies, this disease really hasn’t shown the benefit, compared to other tumors. We’re still not quite gaining ground the way we want to in this type of cancer.”

The University of Michigan Health System is a center of excellence for adrenal malignancies like adrenocortical carcinoma, an effort led by Gary D. Hammer, M.D., Ph.D., the director of the Endocrine Oncology Program in the Comprehensive Cancer Center and the Millie Schembechler Professor in Adrenal Cancer. Cohen sees many adrenal cancer patients in his surgical practice, but often the disease is too far advanced for surgery. Meanwhile, current chemotherapy regimens are less effective against adrenal malignancies than they are for many other forms of cancer. “It gives me a lot of motivation to try to move these drugs into the clinic,” Cohen says. “Obviously there’s a critical need for new treatments.” That, as it happens, is where ground cherries come in.

In 2008, Cohen, then at the University of Kansas, began working with colleagues there to test the potential for certain plant products as anti-cancer drugs. One of these was Withania somniferia, a member of the nightshade family native to North Africa, the Middle East and South Asia, where it is known as ashwagandha and plays an important role in Ayurveda, the system of traditional Indian medicine. It turned out that several thousand years of Ayurvedic healers were onto something, because the plant, along with the related (and easier to find) American ground cherry P. longifolia, contained withanaloids that handily destroyed cancer cells.

Hoping to build on this research, Cohen moved to U-M in 2012, drawn in part by the opportunity to work with a diverse group of cancer investigators through the Translational Oncology Program. One of the primary goals was to overcome a hurdle that had arisen during earlier experiments.

“One of the challenges with withanaloid drugs,” Cohen explains, “is that their solubility is not great. They’re what’s called hydrophobic, so water molecules are pushed away from them and they don’t dissolve very easily, which means that they circulate in the blood for a very short time. It was a pretty significant barrier to moving forward into a clinical trial.”

Soon after he arrived at Michigan, Cohen met Anna Schwendeman, Ph.D., an assistant professor of pharmaceutical sciences who had been researching the potential for synthetic nanoparticles of high-density lipoprotein, or HDL, to carry drugs through the bloodstream. As she and Cohen chatted about their research, they realized that her delivery system would be perfect for withanaloids.

HDL is built out of phospholipids — molecules with polar ends. The “heads” are hydrophilic, allowing the molecule to dissolve into the blood, while the hydrophobic “tails” are made from fatty acids, which can adhere to another hydrophobic molecule like a withanoloid. That structure allows Schwendeman’s lab to create tiny capsules the size of a typical virus, which can carry Cohen’s drug efficiently through a patient’s bloodstream. Once in the body, the HDL particles adhere to a point on a cell’s surface called the SR-B1 receptor, a structure that serves as a dock for lipoproteins, which are then pulled into the cell. While SR-B1 is found on many kinds of cells, its concentration is hundreds of times greater on adrenal cancer cells.
“We were able to show that when you give these HDL nanoparticles to a mouse with a big adrenal tumor, the drug goes right to the tumor,” Cohen says. “It’s like a Trojan horse — the cancer cells just bring the drug right in.”

The researchers are hoping to begin clinical trials soon, but first they need to find an industrial partner to manufacture the drug — nicknamed “Scarab,” for the SR-B1 receptor — on a larger scale than they have been able to so far. With the help of the U-M Translational Research and Commercialization for Life Sciences Program, or MTRAC, and Fast Forward Medical Innovation, a unit of the Medical School’s Office of Research, they are also launching a biotechnology start-up to license it.

“Right now we can take a kilogram of plant material and get a couple hundred milligrams of the drug — equivalent to half a dose of what you would need for a human,” Cohen says. “But you’re going to need kilograms and kilograms of this drug.” Unlikely as it might seem that the humble ground cherry could be the source of the next breakthrough cancer drug, Cohen says medicine is increasingly looking to nature for new ways to fight diseases.

“Some of these plants have been used for medicinal purposes for thousands of years,” he says. “People might not have understood how they worked, but they saw effects for all sorts of maladies. Cancer as a diagnosis has really only been around in the last century, but tumors were probably present in many patients over the years.”

That doesn’t mean patients should choose roots and herbs over an oncologist’s care, he cautions. But nature does sometimes offer science a useful starting point. “I think as we’re understanding more and more about how tumors function, how they grow, how they metastasize, we’re going to start seeing how these natural products can be enlisted to fight cancer.” 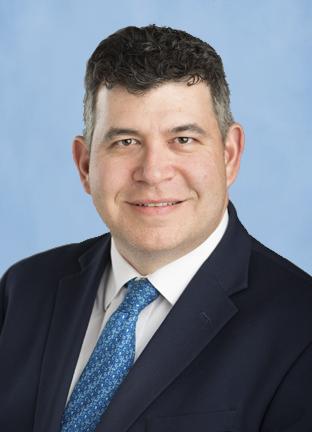