Pregnancy and Motherhood during Surgical Training

Recruiting the best and the brightest to our profession requires us to improve the working environment of a growing group of residents who choose to become pregnant and begin families during their surgical training. 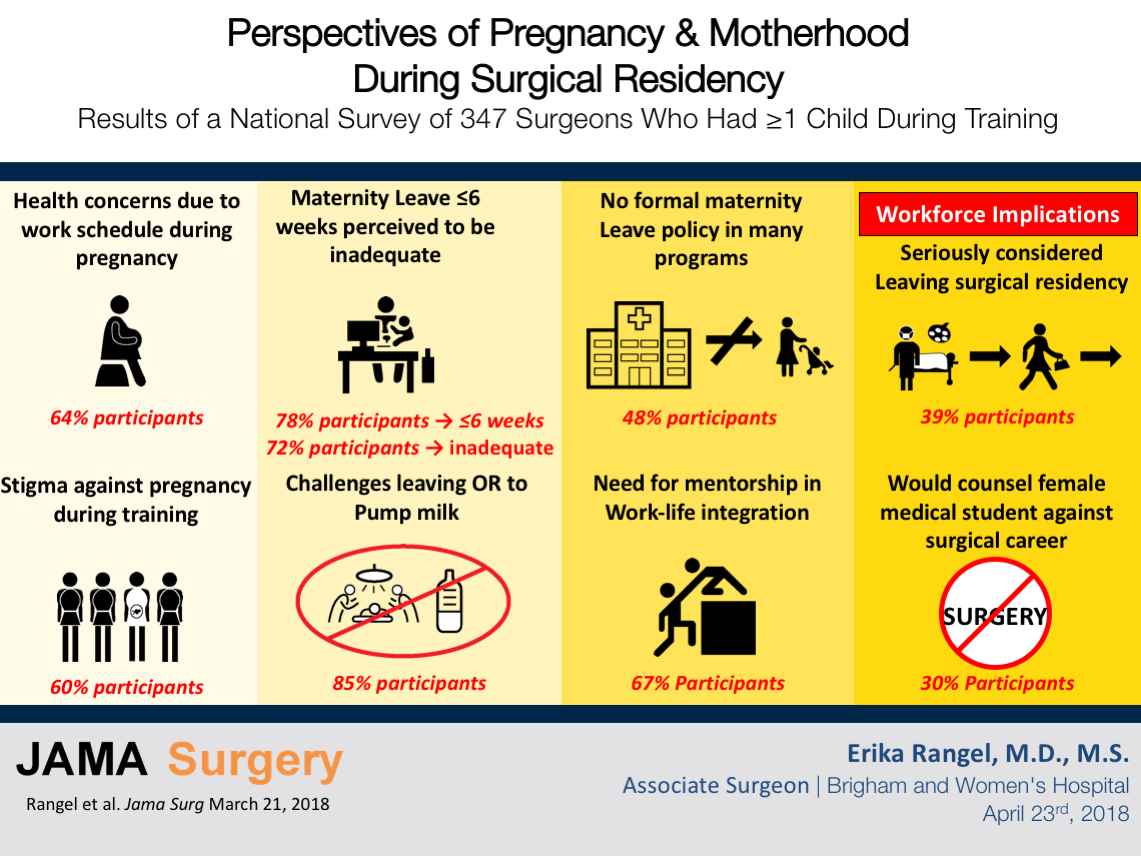 Although the gender gap is narrowing, women remain underrepresented in Surgery, making up just 18% of surgical faculty members and 37% of surgical residents. The wish for a controllable lifestyle contributes to attrition among surgical residents and is a driving force in specialty selection by medical students (jamanetwork.com/journals/jamasurgery/fullarticle/399283), deterring many of them from the profession.  Changes in the priorities of today’s potential surgeons require us to address their needs and expectations to recruit the most talented candidates to the profession. In the past, women were more likely to delay parenthood until completion of surgical training, but more are choosing to have children during their residency. Support of pregnant residents across the country has been variable, with about half of surgical training programs reporting lactation facilities and many fewer offering on-site childcare. Stigma associated with pregnancy during training remains prevalent (jamanetwork.com/journals/jamasurgery/fullarticle/1150115), perhaps stemming from implicit bias or subtle discouragement from having children during residency. In a recent national survey, 60% of surgical program directors reported that motherhood adversely affects a female resident’s work, and nearly half suggested that the ideal time for a woman to have a child is during her research years (journalacs.org/article/S1072-7515(15)01774-3/fulltext). To inform improvements in training policies to better support childbearing residents, this study was designed to describe the experiences and perspectives of a national sample of surgery residents who have been pregnant during training. The goal was to provide information on workplace culture, maternity leave policies, breastfeeding, childcare access, and residency and career satisfaction.

Input from 347 surgical residents who have had at least one child during training demonstrated that 60% believe pregnancy in residency is associated with stigma, with nearly three-quarters of respondents witnessing faculty or colleagues making negative comments about other pregnant residents or about having children during training. Eighty six percent of respondents reported they had worked an unmodified schedule until birth, though 74% of them were concerned their work duties negatively impacted their health or that of their unborn child. Only 35% reported the presence of formal maternity leave policies at their training program. Over three-quarters of participants took 6 weeks’ or less for maternity leave, with 72% describing this duration as inadequate. Although breastfeeding was important to nearly all respondents, challenges leaving the operating room to pump and poor access to lactation facilities contributed to 58% stopping earlier than they wished. Institutional support for childcare was available for just 18% of participants, with the majority (86%) reporting that the daycare options offered through these programs did not accommodate surgical resident work hours. Two-thirds of respondents reported the desire for greater mentorship on integrating a surgical career with motherhood. Most importantly, these findings suggest the challenges of pregnancy during residency may impact our future surgical workforce - 39% of participants reported they had seriously considered leaving their residency program and 30% reported they would advise a female medical student against a surgical career, specifically due to perceived difficulty integrating surgical training with pregnancy and early motherhood (jamanetwork.com/journals/jamasurgery/fullarticle/2675992).

Surgical training is at a crossroads as we face impending workforce shortages and a current generation of medical school graduates who emphasize lifestyle over prestige or financial gains. Recruiting the best and the brightest to our profession requires us to improve the working environment of a growing group of residents who choose to become pregnant and begin families during their surgical training. The American Board of Surgery recently reformatted their published leave policies to clarify flexible training tracks, including extension of the chief year by the duration of leave taken (absurgery.org/default.jsp?policygsleave). Despite availability of such “off-cycle" training from the ABS, challenges still exist. For example, program-level barriers to flexible training are not well understood, and delays past August 1 still influence the ability to begin fellowship on time. Open discussion among surgical leaders and educators must develop strategies for flexible and extended leave policies, support lactation and childcare needs, and ensure adequate mentorship on work-life integration, while preserving the integrity of education for the pregnant resident and her colleagues. 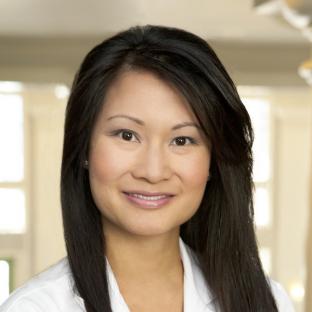