What is the focus of your research? What are the discoveries that have led up to your current work?

My research focuses on the intersection between innate immunity and the coagulation system, specifically evaluating the role immune cells play in forming and breaking down blood clots in the venous system. My current work, like many surgeons, was the result of observing human suffering. During the 2009-2010 H1N1 influenza outbreak, I spent much time in the surgical ICU alongside Dr. Napolitano caring for young individuals, some in the 20s and 30s, with severe pulmonary disease requiring advanced life support. We noticed that a large number of these patients developed severe venous clotting, leading to a very high mortality. Blood thinners helped us decrease the risk of death but lead to a host of other bleeding complications for these ill patients. When I had a chance to review data from large population studies, it became evident that these deep venous thrombosis (DVT) were associated with all types of infection to varying degrees, and the risk persisted over the course of the person’s next year of life, even if he or she made a rapid recovery.

I was lucky to find mentorship with Dr. Peter Henke and Dr. Thomas Wakefield, who are experts in animal models of venous thrombosis, and spent two years learning from them and others in the Conrad Jobst Laboratories. We have so far discovered that even with a remote infection, such as a pneumonia, the endothelium (inner lining of the blood vessel) in a remote location changes the proteins expressed on the cell surface and “talks” to circulating leukocytes differently.

What is the Wylie Award? How will this award impact your work as a surgeon scientist?

The Wylie Award is a really unique entity in vascular research. Sponsored by Vascular Cures, it’s overall aim is to advance care for patients suffering from vascular disease. They do this by supporting young surgeon-scientists early in their careers, giving them the resources they need to explore new concepts, develop skill sets in emerging fields and gain expertise. The return on investment has been great; many recipients have gone on to develop robust scientific programs with extensive governmental funding and become thought leaders in vascular biology and clinical vascular surgery. Many advancements in our understanding of vascular disease and evolution of new methods of treatment can be traced back to the Wylie award and the Vascular Cures Foundation. I am absolutely humbled to become the newest member of this community. My laboratory has been up and running for about 2 years. The Wylie Award gives us the much needed scientific recognition and validation for the work we are doing, while also providing much needed financial support to ease the transition to independent investigator.

How does the Wylie Award drive innovation in the field of vascular surgery? How will your patients benefit from this research?

The Wylie Award is more focused on the individual rather than the exact content of the grant. The real strength lies in empowering individuals who have the clinical insight to major problems in the care of vascular patients and have strong scientific mentorship to explore possible solutions. By stripping away some of the bureaucratic minutiae that is traditionally associated with external grant funding, the end goal of promoting innovation in vascular research is maintained with exceptional clarity. The freedom and autonomy as a young investigator to explore new concepts without the fear of losing the laboratory due to lack of established funding is incredibly powerful and can lead to massive leaps in scientific growth.

My hope is that by using both animal models and human tissue we can identify some of the changes that occur in innate immune cell memory that predisposes individuals to form a DVT after suffering from an infection. In recent years, the pharmacology for a wide range of diseases such as rheumatoid arthritis, psoriasis, and melanoma have been transformed by the ability to target the immune system. Despite the fact that it is has never been tried in DVT, doesn’t mean that it is impossible, rather that we just don’t understand enough about the crosstalk between the immune system and coagulation (blood clotting) system to identify a protein or molecule that we can manipulate to change the course of human disease. I hope that in the course of my work and in my lifetime we can make a discovery such as this that decrease the need for dangerous blood thinning medication and improve the lives of individuals who are at high risk or whom have suffered from a DVT. 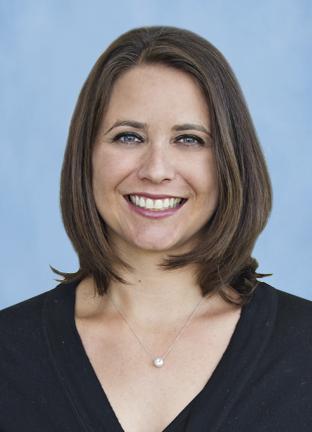