Participation in the data-sharing program has had a positive impact on patient care and identified other areas of quality improvement. Openly sharing data is key to improving surgical outcomes. That's been a longstanding belief of the U-M Section of Thoracic Surgery, and it's no less widely held today than it was some 15 years ago when the Section first began participating in the Society of Thoracic Surgery (STS) National Database.

Since that time, the national database has expanded to include several component databases, each focusing on a different area of cardiothoracic surgery. These include the General Thoracic Surgery Database (GTSD), the country's — the continent's — richest and largest collection of thoracic surgery procedure records. Nearly 1,000 thoracic surgeons and from 280 thoracic surgery programs participate.

The STS GTSD is a valuable tool with which general thoracic surgery programs can "share outcomes and gain a sense of how their own program is doing compared to peers," said Dr. Andrew Chang, section chief of Thoracic Surgery at U-M. "In that way, the database provides opportunities for self-improvement. It can also be a help to programs that are falling below benchmarks and potentially create opportunities for programs that are performing well to share best practices."

The STS and GTSD participants have agreed to make data publicly available, allowing patients and others to see performance for two common procedures: lung lobectomy, or removal of a lobe of the lung, and esophagectomy, which is the removal of a section of the esophagus.

"What studies have shown is that the vast majority of patients across the board have good outcomes and only a few programs fall below or above the benchmark," said Dr. Chang. "For the most part, everyone is operating at a high standard.

While there are multiple ways of collecting data, outcomes for participants in the STS GTSD tend to be better compared to those reported from other national databases that include other non-thoracic surgical practitioners.

“If possible, patients should have these particular operations performed by a general thoracic surgeon,” says Dr. Chang, “but not all patients have access to a thoracic surgeon, and so our aim is to identify best practices that could be applied more broadly."

The U-M Thoracic Surgery program has contributed to the STS database since its start, although less than half of all general thoracic surgery programs nationwide participate, according to Dr. Chang.

"We openly share our data and also participate in public reporting. I think the more any program participates in the GTSD as well as other databases, the more informative the data are," he said. "If a program has its own internal database, participation in other programs can increase the work needed to collect and submit this information, but we made the decision to participate because we're committed to program improvement and to transparency."

Participation has had a positive impact. "What it's showed us is that we're not perfect. Although, compared to programs nationwide, we have lower rates of morbidity and mortality after these and other similar operations, participating in the database has provided perspective and identified other areas of quality improvement," Dr. Chang added.

About five years ago, the MSTCVS Quality Collaborative expanded to include general thoracic surgery. The effort focuses on the same procedures — lobectomy and esophagectomy — in addition to pneumonectomy, or removal of the lung. All three are complex — and costly.

Reviewing data from the 15 participating sites in the MSTCVS General Thoracic Collaborative, which Dr. Chang co-chairs with a colleague at Beaumont Hospital, has resulted in the ability to pinpoint the causes of varying outcomes for these three procedures and make them safer for patients.

That’s the intent behind participating in such collaborative efforts, whether statewide, regional or national, said Dr. Chang. "The purpose is not to state that we're better than another program; the purpose is to help all programs that participate look at their performance compared to their peers and work to set goals for individual program improvement."

Patients often tell Dr. Chang they research their surgeon's background before a procedure, but not as many ask him about database participation.

"I think it's important for patients to ask how their program is involved in quality improvements and whether they share their data with something like the STS National Database — others are available, but the STS GTSD is the only one dedicated to thoracic surgery. It's a question worthy of asking their surgeon and, if their program doesn't participate, why not?" 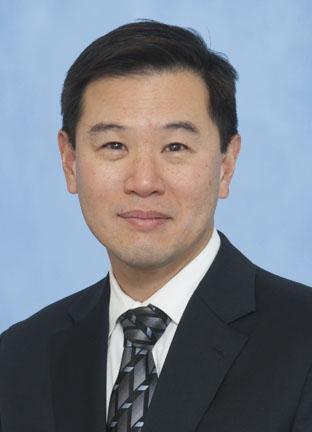