Prehabilitation Is an Exercise in Surgeons Putting Down Scalpels, Putting on Coaching Hats

A crisis event is a powerful motivator to change behavior. Better surgical outcomes and lower episode costs show that it's worth investing in the changes. 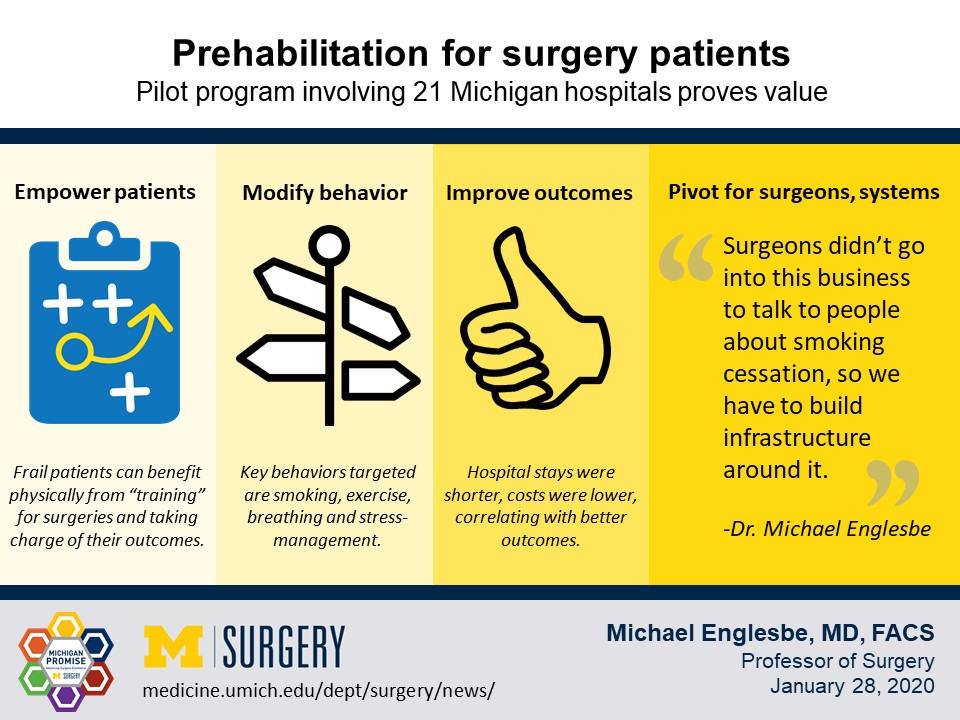 Dr. Michael Englesbe didn’t go into surgery to be a behavioral coach, but that’s the partial pivot for surgeons suggested by a recent study he led.

The corresponding paper by Englesbe and colleagues at Michigan Medicine, published in the Journal of the American College of Surgeons, showed that prehabilitation—training at-risk patients for surgery by getting them moving, eating better, ceasing smoking, managing stress, and doing lung exercises—saves money through shortened stays.

Patients demonstrated a high rate of compliance with prehabilitation. They like it because it gives them some power over their surgical outcomes and something to do during the wait between diagnosis and surgery.

They’re naturally anxious and scared after a diagnosis, Englesbe said, and their first encounter with a surgeon might be one in which they’re told that half of their liver will be removed—in five weeks.

That’s a long time to worry, but also a good time to train for the physical demands surgery puts on the body.

“Two hours of general anesthetic is about as hard on a patient as running a five kilometer race running as fast as you can,” Englesbe said.

Yet, once the pilot—tied to a federal grant—was done, so was the prehabilitation program at all participating institutions but Michigan Medicine. (The pilot included 21 hospitals across the state.)

Englesbe understands the loss of momentum. Programs like surgical prehabilitation are effective, but they aren’t glamorous. They require a lot of work to implement and adaptation among institutions and clinicians.

“Surgeons didn’t go into this business to talk to people about smoking cessation, so we have to build infrastructure around it,” Englesbe said.

A crisis event is a powerful motivator to change behavior and Englesbe is attuned to that phenomenon, inside the operating room and out.

He recalled taking note of three women he knows—not lifelong athletes—having developed a ritual around working out together at the hospital gym. Curious about what motivated them to become dedicated to fitness, he asked them.

Englesbe pulled out a paper with a pie chart breaking down the contributors to premature death in the United States. The largest slice of the pie? Behavioral patterns, at 40 percent. Among the smallest? Health care, at 10 percent.

If clinicians really want to help prevent premature death, they should look beyond their clinics and start focusing on that bigger behavioral slice of the pie.

Behavioral change is notoriously difficult to get to stick, but Engelsbe is hopeful.

“We have an unmatched opportunity as surgeons. So we try to leverage that not only for the surgical event, but hopefully for durable long term health,” he said.

As the name suggests, prehabilitation is about what patients do before surgery. Is there merit to continuing the program for patients once they’re out of surgery, to get the behavior to stick?

Meantime, the to-do for surgeons is clear: For better outcomes and higher-value care, put on your coaching hat and train your patients before you operate. 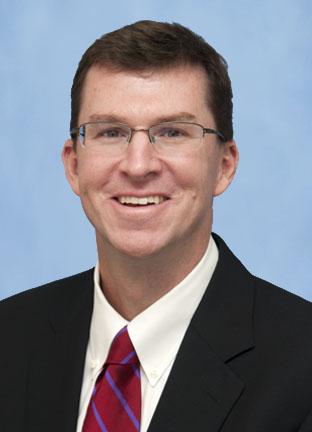