Research on “surprise billing” by a team at Michigan Medicine that included two surgical residents contributed to the chorus of voices that resulted in significant policy change. 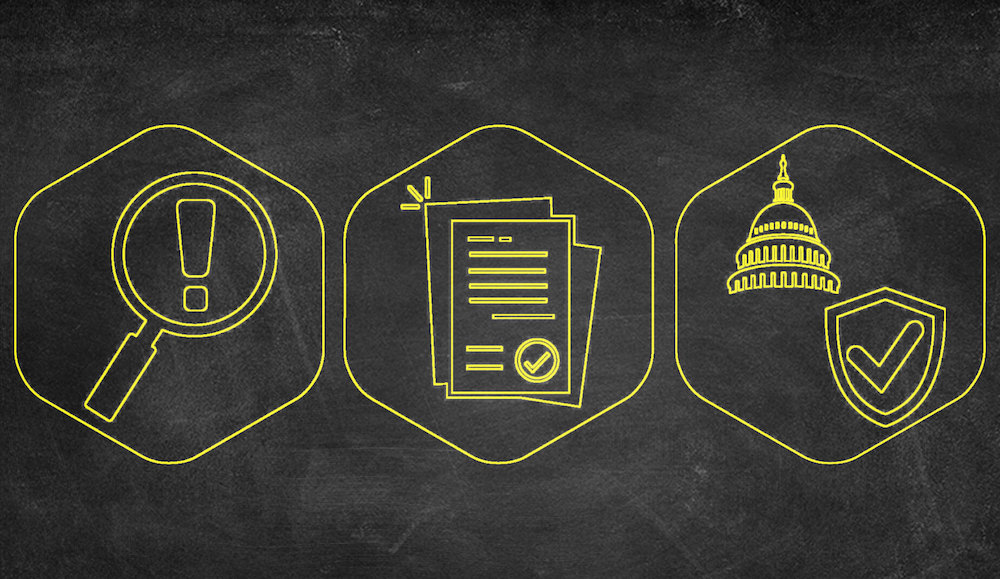 What’s the best measure of whether health services research has an impact?

To practicing surgeons, it’s policy change, perhaps the ultimate indicator or whether the work’s punch is landing.

Research on “surprise billing” by a team at Michigan Medicine that included two surgical residents contributed to the chorus of voices that resulted in such change; federal legislation passed last December as part of a COVID relief bill will prevent patients from getting “balance bills” when they seek emergency care, require air ambulance transportation or unwittingly get care from out-of-network providers or services during non-emergency care.

To Karan Chhabra, M.D., M.Sc., a third-year resident at Brigham and Women’s Hospital and former National Clinician Scholar at the U-M Institute for Healthcare Policy and Innovation (IHPI), the change was the tangible culmination of a long, intense journey.

“When I saw the bill finally get signed and passed, it was an amazing sense of relief. I've been passionate about this topic and working on it for two whole years. I had become discouraged by the dysfunction in Congress and in our political system and thought that nothing would actually get done to protect patients,” Chhabra says.

A problem in need of spotlighting, and the infrastructure to do it

IHPI and the Center for Healthcare Outcomes and Policy (CHOP) are focused on defining problems in health services and healthcare delivery, proposing solutions and informing public policy. Thinking big is the point—and there’s not much bigger than how the cost of healthcare impacts patients.

Chhabra, who came to Michigan for his research fellowship after his second year of residency, drove the project and recalled that the work into surprise billing started by trying to illuminate a problem mostly informed by anecdotes and sporadic news coverage.

“We were reading in the news that patients were getting these massive bills for thousands of dollars that they had no ability to prevent. They did all their homework. They made sure that their procedure and their doctor was covered by their insurance. They knew their deductible. They knew their coverage and then they got a surprise bill for something from someone they had never even met,” Chhabra says.

There was some data available on how often the practice was happening in emergency departments. The limiting factor in understanding the practice better in surgical settings in particular, and therefore proposing solutions, was a lack of data.

Chhabra and Kyle Sheetz, M.D., M.P.H., a chief resident in general surgery at Michigan Medicine, applied for and secured an IHPI Policy Sprint to dig into the issue deeper. Policy Sprints are, as the name implies, supported projects meant to produce rapid analyses around health policy questions, and inform decision-making around those policies. Teams working under approved Policy Sprints get assistance from the IHPI team for project coordination, data analysis, messaging and dissemination. Up to $10,000 in funds are also available to support the work.

That kind of infrastructure is in part what drew Sheetz to Michigan for residency. He knew he’d gravitate toward a health services researcher phenotype, but the branch wasn’t clear.

”I knew that there were both the resources and the mentors to make sure that I could do whatever I wanted within that context here,” Sheetz says.

What the data revealed

The team found plenty to shine a light on in the claims data they analyzed from a large insurance company. The data revealed that of the 347,000 patients under 65 years old who had one of seven specific operations between 2012 and 2017, 20.5% of the operations led to an out-of-network bill—even if the surgeons and healthcare systems were in the patients’ network. The findings were published in JAMA.

The outrage associated with the billing practice was something people would likely rally around, and that momentum could help change policy, according to Sheetz. The potential high return on investment made it an attractive project.

“This is one of those problems that is 100% more ridiculous the more you learn about it because there's really no justification for it. There's unanimous consensus among providers and payers that this is not only probably exploitative, but also a market failure,” Sheetz says.

The more the team learned, the more ridiculous the practice seemed, and the more it revealed about how the way systems are set up have downstream effects on patients. Chhabra was surprised to find that out-of-network surprise bills in elective surgery are just as common as they are for patients going to the emergency department. In non-emergency situations, patients can choose their surgeon and their hospital, after all.

“Learning about the role of assistant surgeons was pretty remarkable. In 37% of those cases, an out of network bill came from a surgical assistant, the same proportion that came from an anesthesiologist,” Chhabra says.

Those bills from assistants were also significantly higher: $3600 per case on average vs. $1,200 per case from anesthesiologists.

Chhabra, Sheetz and their colleagues explored the issue further, digging into claims data around air- and ground-ambulance billing, for which they found a similar trend: Most patients utilizing those services received sizable out-of-network bills. Those findings were published in Health Affairs.

Armed with knowledge like this, surgeons could help patients by being deliberate about choosing assistants, according to Chhabra. While helpful, such measures aren’t a systems-level solution.

From anecdotes to data to conversation to law

As the papers gained traction, national media picked up on the work. Before COVID-19 dominated the news cycle and healthcare systems’ attention, The Atlantic did a deep-dive into the surprise bills that come with surgery, citing the teams’ work.

The attention prompted invitations for Chhabra to speak to lawmakers at the U.S. Capitol in February 2020. It would be one of the last trips he’d make before COVID-19 grounded many activities—and momentum in Congress around changing policy.

Many months after the pandemic had settled in and it was clear it would be sticking around for a while, The New York Times spotlighted the massive surprise bills COVID-19 patients were being hit with for air ambulance transportation and cited the work from the Policy Sprint team.

The COVID economic relief bill passed by Congress included legislation related to curbing surprise bills associated with emergency care, air ambulance usage and non-emergency care received at in-network hospitals. Patients will pay copayments and deductibles in line with their plans’ in-network terms. Out-of-network providers looking to recoup higher fees will have to pursue them through arbitration with insurers.

“They were actually able to get something done to protect patients. We can talk about the limitations of the policy and things that could have been done better, but overall, I am just grateful that something happened. It was long overdue,” Chhabra says.

One notable limitation of the legislation is that surprise bills related to ground ambulances—which are used in far greater volume than air ambulances and therefore are associated with a larger overall number of such bills—were not addressed.

“Notable and disappointing but not totally surprising that they left out ground ambulances from this legislation. It's just a big nut to crack,” Chhabra says.

While others had been working on the same issues, the team saw the Policy Sprint team’s fingerprints on the legislation. The work was cited in a report by the U.S. Department of Health & Human Services flagging the issue. Seeing work translate to real action is gravy, Sheetz says:

“We always wonder whether health services research is translational enough: Are we doing work that is actually leading to meaningful changes? Targeting policy specifically federal policy is often a tough way to go about that because the process is slow.”

Sometimes a sprint can feel more like a marathon.

Helping the project feel less like a slog was the team supporting the efforts. U-M surgery chair Justin Dimick, M.D., M.P.H., mentored Chhabra and Sheetz throughout the process.  Andrew Ryan, Ph.D., M.A., professor of health management and policy at the U-M School of Public Health provided support and guidance on economic factors. An entire statistics team helped crunch and clean the data, and an engagement team made sure the work got in front of the right people.

“At Michigan Surgery, and through IHPI, we work to create an environment where our trainees can conduct research with this level of impact,” Dimick says.

“I collaborate now just as much with health economists at IHPI as with anyone else. It's definitely broadened my research portfolio and my skill set and it's something that would be hard to create elsewhere,” Sheetz says.

But is it surgery?

Some might wonder what surgeons are doing worrying about billing policies. Surely economists and other specialists could sort this out.

Chhabra sees the work as an extension of patient care.

“We're there to make patients better and to fix what ails them. If we can't also ensure that we don't cause any financial harm, we're going to have a tough time doing our job as surgeons,” Chhabra says.

For Sheetz, health services research like this isn’t possible without the surgical experts; in order to understand why something is broken, you have to know how it works—or at least how it should.

“Defining the scope of the problem requires a clinical context that I think only surgeons or clinicians can bring. When we looked at surprise billing in surgery we had to know where those bills may come from. In order to do that you have to know both how surgical care is delivered and how different types of hospitals set up their clinical enterprise,” Sheetz says.

Trust is at the heart of every patient-provider relationship, and Dimick sees policy work as essential to buttressing that trust.

“Surprise medical bills further erode trust in our health care system. This scientific work by Dr. Chhabra and Dr. Sheetz, through publication in highly visible journals, elucidated the extent of this practice within our profession and raised awareness, contributing to mounting pressure on policy makers to engineer a solution,” Dimick says.

Note: This work is part of the STAT Madness, a friendly competition to surface the best innovations in biomedicine through a bracket. You can vote for it to advance here.

View the entire bracket, which includes more entries from IHPI, Michigan Medicine and The University of Michigan. 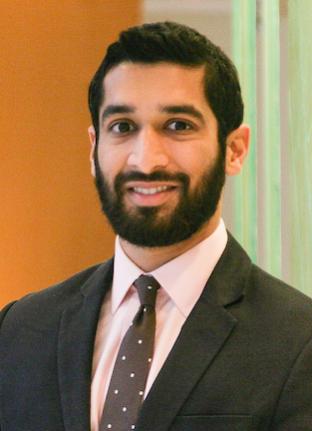 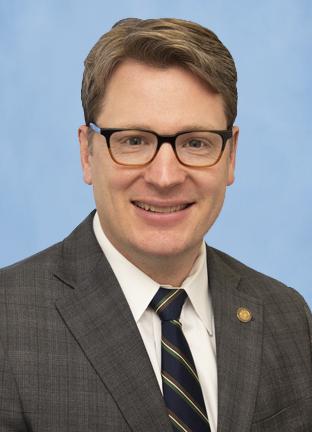 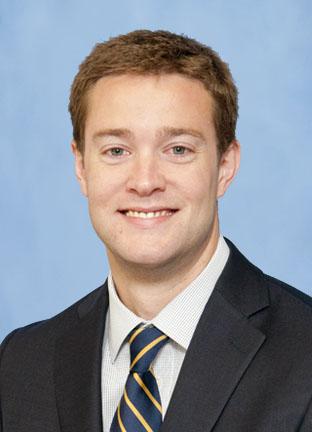