Laparoscopy is a well established surgical technique, but it has a different learning curve compared to open surgery. The ALL-SAFE module developed as part of a global surgery challenge hopes to bridge the education and practice gap in Africa. 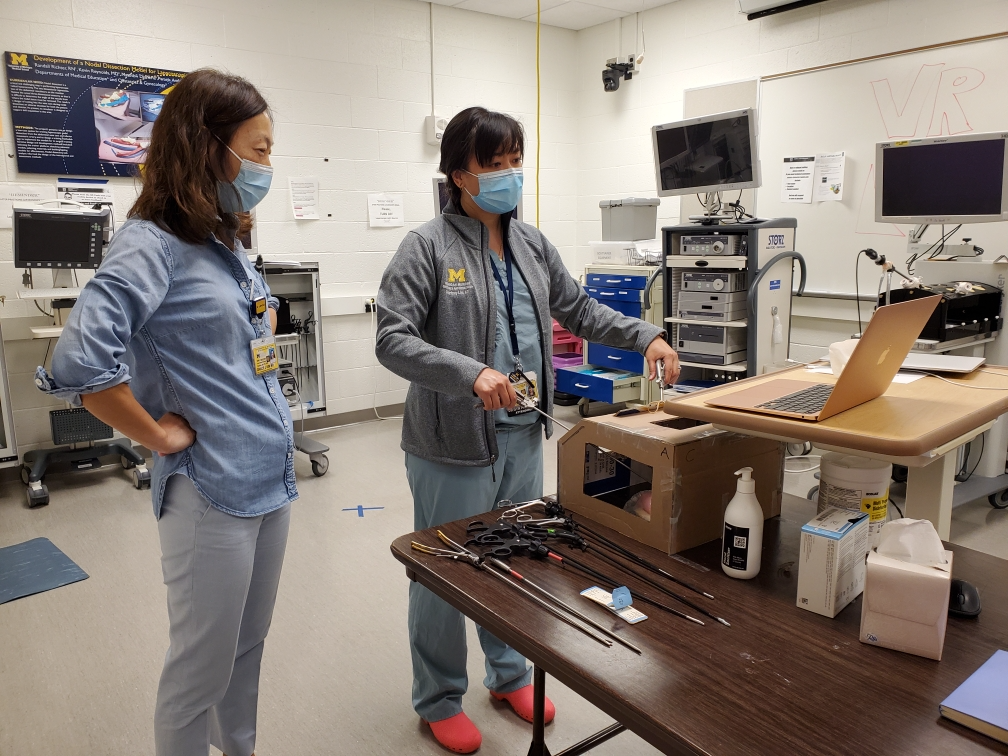 If equipment isn’t an issue, why aren’t surgeons performing more laparoscopic surgery in Africa? Without relevant education and training, tools are useless.

Grace Kim, M.D., a minimally invasive surgeon at Michigan Medicine, is working on a project to bridge the education and training gap and increase use of laparoscopy for ectopic pregnancies in Africa. The project, ALL-SAFE (African Laparoscopic Learners for Safe Ectopic Pregnancy), is part of the Global Surgical Training Challenge.

The specific challenge posed to those who accepted it was to come up with an open-source surgical module that could be used to teach a procedure or a technical skill in under-resourced settings. Kim partnered with her colleagues within the Pan African Academy of Christian Surgeons (PAACS) to conceptualize a module. With three sites and 10 residency programs, the group is fertile ground for such ideas.

Kim’s group was awarded funding to develop the prototype through a Discovery Award as part of the first round of the challenge. They are one of ten groups competing with the ultimate goal of winning the $1 million Grand Prize, which will be decided in 2023.

A low-tech module for a high-tech procedure

Laparoscopy is a well established surgical technique, but it has a different learning curve compared to open surgery. It takes practice to do surgery through small incisions under the guidance of a camera while looking at a monitor.

It’s probably why equipment goes unused, which Kim has witnessed on her trips to Africa.

Outside-the-box thinking with the PAACS group and the U-M simulation lab led to, of all things, a cardboard box. Inside the box is pelvic anatomy, visible via a cell phone placed in the box to act as a camera, which projects to a laptop standing in as a monitor.

“We were looking for an operation that would not be too hard. It also had to include skills that would be applicable very generally, and this particular operation is inclusive of a lot of skill sets. We’re showing the learner how to do an intracorporeal tie, and we’re showing them how to get hemostasis. It really includes a lot of basic and advanced laparoscopic concepts,” Kim says.

The incidence of such pregnancies in the population and the morbidity of the large midline incisions associated with open surgery was also a deciding factor. Teaching this particular operation could have a large impact on the young women who tend to get those operations, according to Kim.

With cardboard standing in for skin, the setup allows for a realistic experience, with the learners operating tools inserted in “ports” and watching their progress on a screen over the box rather than looking down into it. The box components can be assembled for less than $10. The phone and laptop would presumably belong to the learner or the hospital.

The box prototype was tested by minimally invasive surgeons from the Departments of Surgery and Obstetrics and Gynecology at Michigan Medicine. The consensus from the experts was that the box was very useful and not far off from the real thing.

Kim’s team is designing a web-based computer module that will walk the learners through surgery in the setting of a case. Participants will take a patient through a workup from introduction to diagnosis of ectopic pregnancy before even touching the box. The goal is to provide as real of an experience as possible from conversation to incision.

The learning cuts both ways

It’s called a challenge for a reason, and there have been some along the way.

Differences in the prevalent technology between the United States and Africa was one thing the group needed to overcome. The key differences were with the smartphone platforms, critical to connecting the visuals inside the box to the monitor outside of it.

“Most people in Africa have Androids, not iPhones. It’s been great having our partners from the different sites work with us to build this model. Otherwise we’d probably be using everything Apple, and it wouldn’t be as applicable to them,” Kim says.

Another issue was resolving the lag between the phone’s camera and the monitor. The slight lag between a phone and a laptop via a platform like Zoom isn’t a deal-breaker for conversation. It is a problem when trying to recreate a realistic surgical environment. The team implemented an app called DroidCam to link the devices quickly and directly over WiFi to eliminate the lag.

“It allows the connection to be instantaneous, and you can do these advanced skills without any kind of delay. It’s very similar to operating in a real operating room,” Kim says.

The development of the web module has been more nuanced and complicated than Kim expected. The group is trying to break new ground with the approach, building a user-friendly website that caters to a modern way of learning, with an engaging and culturally relevant case scenario. Getting that right has required numerous revisions and conversations across time zones.

June is the target to deliver the web module and instructions to make the box to three pilot sites: Soddo Christian Hospital, Mbingo Baptist Hospital and AIC Kijabe Hospital. After the module is deployed, it will be evaluated, and the team will vie for the Finalist Award. That award comes with $500,000 of funding and is the last round before the Grand Prize of $1M is awarded to one team.

The differences between platforms and technology are surmountable when the goal is the same: To help patients.

“We’re all united under this umbrella of patient care. We share the same values and want the same things for our patients,” Kim says. 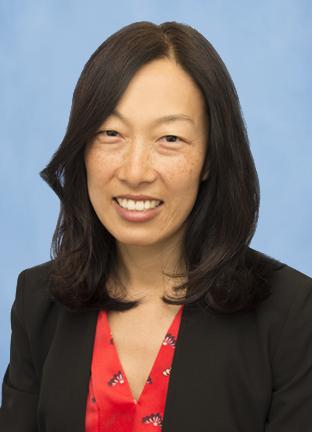