A fall put Dr. Chris McCulloh's surgery career in doubt. Encouragement put it back on track. 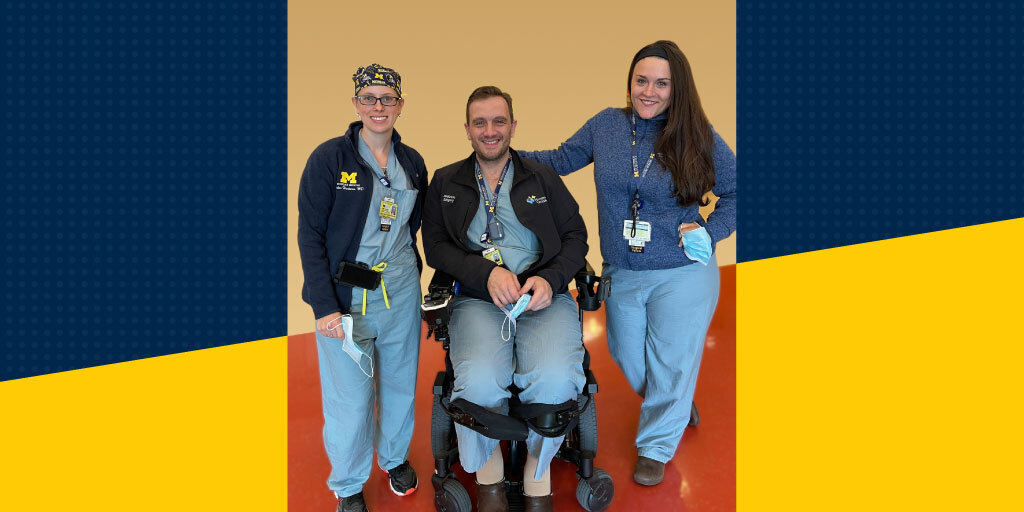 Six months before he was set to start medical school, Chris McCulloh, M.D., experienced a setback that changed his life and the direction of his career. An awkward fall at home left him with paralyzed legs and serious doubt that a career in medicine was possible.

“When I first was in the hospital, I wondered if I could even go to medical school. Who ever heard of a doctor who uses a wheelchair?” McCulloh asked.

As he rehabilitated his body, his mindset started to come along as well. One of his doctors scoffed at the idea that he couldn’t pursue medicine as a career. A co-worker’s wife, who was a surgical resident, told McCulloh he could be a surgeon as long as he could get to the table.

McCulloh appreciated the encouragement, but it held less weight coming from able-bodied people.

After some searching online, he found and connected with Peter Galpin, M.D., then a plastic surgeon based in Hawaii. Galpin, who is now retired, had also lost the use of his legs in an accident and performed surgeries in a wheelchair. He provided a living example of what was possible—and real support, offering to help McCulloh secure funding for supportive equipment like a modified wheelchair.

“He was the first person who made me think, OK, maybe I can actually do this,” McCulloh said.

And he is doing it. McCulloh is currently a pediatric surgical critical care fellow at Michigan Medicine.

A journey of networking and adaptation

After extensive rehab, McCulloh enrolled at Case Western Reserve School of Medicine for medical school. From there, residency followed at Morristown Medical Center.

Along with the usual rigors that come along with training for a career in surgery, McCulloh had to learn to physically adapt. The instant gratification that came with the hands-on work appealed to him, but the physical demands of the job—especially standing—were daunting. While in medical school, he tapped a familiar name for guidance.

Galpin advised McCulloh to get a wheelchair that transitions from a seated to a standing position so that he could operate and helped with the process of getting funding for the chair. The funding assistance was crucial since such specialized equipment can be prohibitively expensive.

“The Ohio Bureau of Vocational Rehabilitation funded it. The case we made for it was that I’d have a higher income potential and generate more tax revenue,” McCulloh said.

While in residency, McCulloh continued to network with doctors with disabilities for both camaraderie and guidance. Lisa Meeks, Ph.D., M.A., an expert in disabilities in medical education then at Michigan Medicine, helped engineer some of those connections. McCulloh connected with Oluwaferanmi O. Okanlami, M.D., M.S., assistant professor of family medicine, who was also paralyzed in an accident and uses a wheelchair.

He showed me the vast resources that U-M has and the very forward-looking approach toward diversity and disability. It’s not at all common, and it made it clear that if there was any place I would succeed and thrive, it was U-M,” McCulloh said.

McCulloh also met Karin Muraszko, M.D., the Julian T. Hoff, M.D. professor of neurological surgery and chair of the Department of Neurological Surgery at Michigan Medicine. Muraszko has spina bifida and operates from a wheelchair—one that provides a different range of motion than the stand-up kind. She shared the specs of her modified chair and put McCulloh in touch with the mechanical engineer at the University of Michigan who built it, and soon McCulloh had his own.

The difference in how it operates gave him more flexibility.

“It doesn’t come to a full standing position, but it elevates up and down, slides forward and backward and tilts. I use that outside of the OR. It allows me to do bedside procedures, do chest tubes, place lines, change dressings, examine patients and do other bedside procedures,” McCulloh said.

Learning and teaching to flex

Practicing surgery from a wheelchair requires flexibility on both sides of the operating table.

During residency, attending surgeons adapted their teaching approaches to account for McCulloh having to position himself differently for safety, for example. Certain movement limitations, namely lateral movement with the chair, requires some workarounds for the operating team.

“If I want to shift down the table, I have to back out, move and come back in. I have to ask the anesthesiologist and CRNAs to slide the table up and down and do more positioning than they typically would,” McCulloh said.

Such accommodations not only ensure McCulloh can be successful; they reflect a culture of acceptance and flexibility that he sought out when researching residency and fellowship programs.

The program director at Morristown Medical Center was very direct, and asked about specific accommodations McCulloh would need. The programs that were less direct gave him the impression that they weren’t comfortable dealing with disability or adaptations.

“When I started speaking to Michigan people about it, they were also direct. They told me they wanted to set me up for success and started connecting me with people. Other places were not as flexible and didn't seem like they’d be as adaptable. It’s that open communication that’s so critical for it being successful,” McCulloh said.

McCulloh toured the hospital with leadership before starting his fellowship to evaluate every area and facility in which he would work. With the exception of one call room with tight quarters and an inward-swinging door, every space was accessible.

A different dynamic with patients

If McCulloh worried about how patients (and their parents, since he cares for children) would react to him being in a wheelchair, he didn’t have to. He’s found that his disability has been a non-issue in that regard, and that parents have even wanted assurance he’d be the one doing the case.

There are also times when the wheelchair seems to provide a relatability bonus.

“I’ve had a number of patients who are disabled or have chronic conditions feel like they can open up, and I can talk to them using the same language and know offhand what some of their issues might be,” McCulloh said.

That ability to relate is also teaching able-bodied colleagues how to better communicate with patients. He recalled a recent interaction with the parents of a patient who was not neurotypical, and how he homed in on very direct questions about their ability to communicate when they were in pain.

“I was working with a resident and the resident said they wouldn’t have known to ask about these things. I’ve had a number of trainees comment on that and say that it’s helped them communicate better with patients,” McCulloh said. 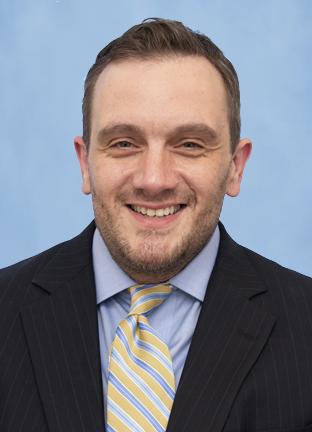