Virtual formats, real impact: How COVID impacted learning and community—and how ground is being regained 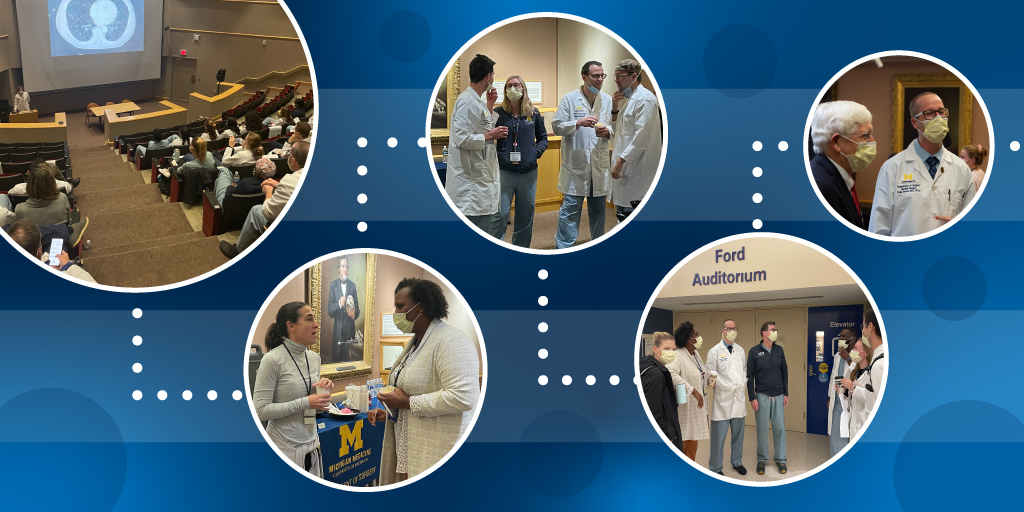 When Jonathan Cunha, M.D., started his surgical residency, the COVID-forced virtual mode was all he knew. Interviews had been held remotely and tours were conducted by watching videos. Once on board at Michigan Medicine, clinical activities were normal (with the addition of masks), but the virtual mode continued for meetings and learning conferences.

Cunha, a general surgery resident, said orientation set the stage for his cohort having to build community with intentionality.

“The thing that you miss is breaks in sessions where you get to talk with your new co-interns and the other residents. When it's over people are quick to hit the leave button rather than linger and talk. We had to take a more deliberate approach to forming a sense of camaraderie, which I think we did,” Cunha said.

His class arranged for a group trip to an AirBnB in Gaylord, and day trip to Mackinac Island to bond before work officially started.

If getting a sense of a place and building community virtually was like navigating without GPS, participating in clinical didactics was sometimes like flying blind. There were few options for in-person interactions outside of clinical settings. Presentations and death and complications (D&C) conferences went completely virtual, and later hybrid, with some people present in the hospital auditorium and others in attendance via video conference.

Cunha, who has mild-to-moderate hearing loss, said a lot was lost in translation between those in the physical audience and those who were remote. Hearing presenters was difficult at times and the discussion happening in the audience—the key give-and-take about clinical decision-making—was barely discernible.

“I got virtually nothing from that if I was virtual and they were in person in the auditorium. There's the whole back and forth of repeating the question and summarizing the answer,” Cunha said.

A habit broken, a ritual compromised

When capacity restrictions were lifted on campus, larger in-person conferences could resume, but the pattern of virtual attendance was established.

Attendance and engagement dipped both in person and virtually, for a variety of reasons. Some faculty had been operating out of ambulatory centers to free up the main hospital operating rooms during COVID. For them, being in Ford Auditorium wasn’t always possible. Experience with the virtual format had dampened enthusiasm for residents—some of whom didn’t know how robust the conversations used to be.

Craig Brown, M.D., M.Sc.,  a chief general surgery resident, had experienced the “before times.” He said the virtual experiences reinforced the value of community that’s better built in person.

“The reason Michigan stands out as a program and the reason why our education is so good is because of the community, the input from multiple people, the varying opinions, the lack of hierarchy and the low threshold for people to speak their minds. That drives a lot of good discussions during conferences and that was lost completely for a while.”

Lagging attendance contributed to less robust conversations, setting a cycle into place that was hard to break out of. Technical challenges with the virtual experience created less incentive for those who couldn’t attend in person to log on again, Brown said. Brown was often seen at Grand Rounds and D&C running up to the podium to help troubleshoot issues with the presentations.

“It only takes one or two times for people to be virtual on a Thursday morning and not have it work and they just stop trying. The patience for IT dysfunction is very low,” Brown said.

For some faculty, the flexibility that virtual formats offer was and still is very appealing; if they can save time by not traveling to a physical location, it’s a worthwhile trade-off for a less robust experience.

Samantha Hendren, M.D. M.P.H, a colorectal surgeon, also sees virtual participation as a way to be more inclusive of far-flung faculty who can’t be present in person. Still, there’s a critical component missing: Real interaction, both before, during and after meetings.

Justin Dimick, M.D. M.P.H., chair of the Department of Surgery, felt that important sense of community slipping as the pandemic set people afloat, working harder than ever, but connecting less meaningfully.

“Michigan surgery has always been a special place to work with a strong sense of community. The social isolation of the pandemic led to a great deal of isolation, and I believe that contributed to burnout and lack of engagement,” Dimick said.

Last summer, he emphasized in meetings and through department-wide messages the importance of showing up in person for educational conferences and Grand Rounds presentations. He also emphasized that the time was protected for residents, and that rebuilding community was essential to boosting engagement and fueling excellence in the department’s missions.

For Brown, that re-setting of expectations was welcome so that new and old residents and faculty would be compelled to show up. Sometimes, it takes a nudge to break a cycle—that and coffee waiting outside of the auditorium.

“It gets back to making it useful. Having a cup of coffee was a big deal,” Brown said.

Cunha has soaked up the learning and the community-building that comes with showing up to share case studies and coffee. He’s also happy to get a break from the extra labor that accompanies digital interactions.

“You actually see your third years and seniors, give your co-residents in the hall a fist-bump. That coordinating that happens is easier than sending a text message or making a phone call to set something up. It’s the intangible benefit of in-person gatherings,” Cunha said. 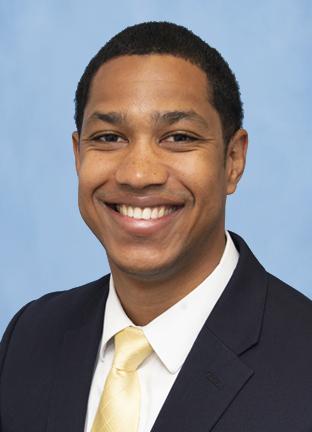 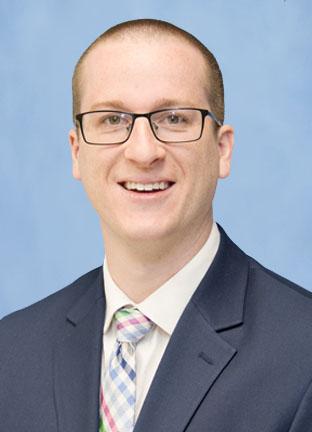 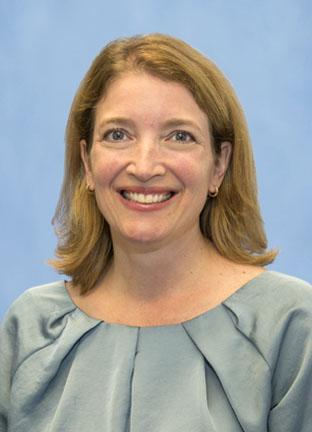