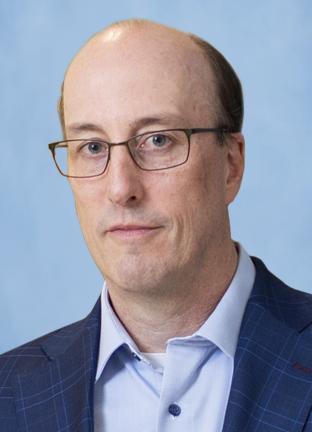 Dr. Randy Seeley is the Henry King Ransom Endowed Professor of Surgery at the University of Michigan School of Medicine. He also serves as the director of the NIH-funded Michigan Nutrition Obesity Research Center (MNORC). Prior to that, Dr. Seeley was Professor of Medicine and held the Donald C. Harrison Endowed Chair at the University of Cincinnati College of Medicine where he also served as the Director of the Cincinnati Diabetes and Obesity Center (CDOC). His scientific work has focused on the actions of various peripheral hormones in the CNS that serve to regulate food intake, body weight and the levels of circulating fuels. In particular, he has focused upon the numerous hypothalamic and G.I. peptides and their associated receptors that influence both energy intake as well as peripheral metabolic processes with a focus on developing new treatment strategies for both obesity and diabetes. His recent work has included a focus on identifying the molecular underpinnings of the potent effects of bariatric surgery on weight and metabolism.

Dr. Seeley received his B.A. from Grinnell College in 1989 and his Ph.D. from the University of Pennsylvania in 1993. He then spent two years as a fellow and two years on the faculty at the University of Washington before locating to the University of Cincinnati in 1997 and then to the University of Michigan in 2014. He has published over 370 peer-reviewed articles including articles in Science, Nature, Nature Medicine, Nature Neuroscience, Science Translational Medicine, Cell Metabolism, The Journal of Clinical Investigation and the New England Journal of Medicine. Collectively, this work has been cited more than 39,000 times and Dr. Seeley has a scopus h-index of 99. He is the recipient of the 2003 Lilly Scientific Achievement Award from the Obesity Society given to the individual with the highest level of scientific achievement in obesity research in North America less than 15 years after their terminal degree. He is also the co-recipient of the 2008 Ernst Oppenheimer award from the Endocrine Society. This Award is the premier award to an investigator under the age of 45 in recognition of meritorious accomplishment in the field of basic or clinical endocrinology. He also received the 2009 Outstanding Scientific Achievement Award from the American Diabetes Association. This award is presented to an individual medical researcher under age 45 who has made an outstanding contribution to diabetes research that demonstrates both originality and independence of thought.

Dr. Seeley has also served on numerous review panels for the NIH and was Chair of the Integrative Physiology of Obesity and Diabetes review panel. He served on the NIDDK Clinical Obesity Research Panel and on the Board of Reviewing Editors for Science. He currently serves as Senior Associate Editor for Diabetes.