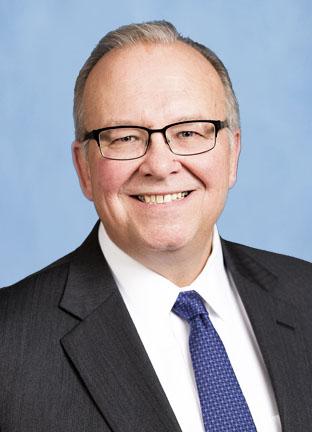 In July, 2001, trial attorney Rick Boothman left a busy malpractice defense law practice in Michigan and Ohio to join the University of Michigan Health System, intent on establishing a new approach to unanticipated patient outcomes.  Prioritizing patient safety over traditional claims management practices he reasoned, would improve both safety and claims, improve communication, and better serve all involved in health care.  The approach they developed is now known as the Michigan Model.

Patient safety cannot improve without honesty.  Contrary to prevailing risk management beliefs, Rick reasoned that transparency about adverse events would improve safety, but would also have a positive impact on malpractice claims. He envisioned a process built around three simple incontestable principles: to compensate patients quickly and fairly when unreasonable care caused injury, to support caregivers vigorously when their care was reasonable, and most importantly, to improve by learning through patients’ experiences. Nearly fifteen years later, transparency is embedded in its culture and continues to drive patient safety improvement and peer review at the University of Michigan.

The UMHS’s open and honest approach to patient injuries and its favorable impact on safety and claims has garnered national and international attention.  National Public Radio’s Weekend Edition with Scott Simon, All Things Considered and Marketplace, the New England Journal of Medicine, CBS News, CNN, MSNBC, the New York Times, the Wall Street Journal, BBC radio and the Korean Broadcasting System among many others have featured it.  In 2005, Rick advised then-Senators Clinton and Obama in the formulation of legislation called the MEDiC Act.  At the invitation of Chairman, Senator Michael Enzi (R-WY) Rick testified before the United States Senate Committee on Health, Education, Labor and Pensions in 2006.  He has advised governors and legislators on state and national issues and played a significant role in initiatives funded by the Agency for Healthcare Research and Quality and the AHA’s HRET.  He serves on the Boards of Directors for the National Patient Safety Foundation and the Michigan Health and Hospital Association’s Keystone Center for Patient Safety & Quality.  Rick and others have published their experience in the American Health Lawyer’s Journal of Health and Life Sciences Law, the Annals of Internal Medicine, Frontiers of Health Services Management and the Milbank Quarterly.  He regularly assists other health care systems, state and federal government agencies and is a frequent speaker and lecturer.