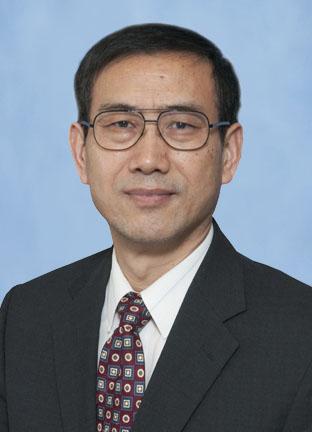 Dr. Yongqing Li, M.D. and Ph.D., is an Assistant Professor of Surgery in the Section of General Surgery. Dr. Li received his M.D. and M.S. in Pharmacology from China, before he acquired his PhD degree in Biochemistry and Molecular Biology from University of Miami School of Medicine in 1995. He finished postdoctoral training first in the Department of Pathology at University of North Carolina, Chapel Hill in 1996 and later in the Dana-Farber Cancer Institute at Harvard Medical School from 1996 to 1998. Dr. Li was appointed as an Instructor of Medicine at Harvard Medical School in 1999, and led a group of scientists there from 1999 to 2003. He joined the Division of Trauma Surgery in Massachusetts General Hospital (MGH) at Harvard Medical School in 2005. In 2011, he was promoted to Assistant Professor of Surgery at Harvard Medical School, and worked as Director of the Trauma Surgery Research Laboratory at MGH before he was recruited to the University of Michigan (UM) in 2013. Dr. Li currently serves as Assistant Professor of Surgery and Director of the Trauma Surgery Research Laboratory at the UM.

Dr. Li started his academic career in cancer research in 1990s. His research findings have been accepted in several prestigious journals such as Cancer Cell, Proc Natl Acad Sci U S A, Mol Cell Biol, Oncogene, J Biol Chem, etc., and are widely cited by research investigators. Knowing how to kill cancer cells has greatly helped him to protect normal cells from injury-induced apoptosis in his present trauma research. Since 2005, he has focused his study on pharmacological treatment of traumatic hemorrhagic shock, traumatic brain injury (TBI), and sepsis with emphasis on histone modifying enzymes, including histone deacetylase (HDAC) and peptidylargine deiminase (PAD), as targets for therapeutics of trauma and sepsis. In the past 8 years, he has published over 50 manuscripts and book chapters. He has also discovered over 10 novel biomarkers which show potential for the early diagnosis and prognosis of hemorrhagic shock or sepsis. These inventions have been patented nationally and internationally, and are currently under validation in both pre-clinical and clinical studies.