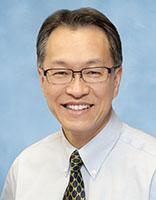 Dr. John M. Park graduated from the University of Michigan Medical School in 1990 and completed his urology residency training at the University of Michigan Medical Center in 1995. He was named an American Foundation for Urological Disease MD-Research Scholar and began his laboratory investigative career. In 1997, Dr. Park went to the Harvard Children's Hospital in Boston to complete his fellowship training in pediatric urology. In addition to developing clinical expertise in complex genitourinary tract reconstructions, there he established his aspiration to become a surgeon-scientist to integrate the bench-to-bedside translational research. He returned to the University of Michigan in 1999 as an Assistant Professor to join the Division of Pediatric Urology and assumed the role of Director of Pediatric Urology in 2001. He was promoted to the rank of Associate Professor with tenure in 2003. He became an inaugural recipient of the Cheng-Yang Chang Professorship in Pediatric Urology in 2008. Dr. Park's main clinical interest and expertise lie in the surgical management of complex genitourinary problems such as neurogenic bladder dysfunction, continent urinary diversion, bladder exstrophy/epispadias, and other GU anomalies. Upon returning to the University of Michigan in 1999, he established a NIH-funded laboratory to study the mechanism of kidney and bladder obstruction pathophysiology. He has had a long-standing interest in improving the care of children born with disorders of sex development (DSD), and he has played an integral role in establishing the University of Michigan Clinical Center for DSD. He has also taken a delight in providing charity care to children from around the world with complex urological problems. Dr. Park has contributed his scholarly work at numerous international, national, and regional meetings and publications, receiving many honors and accolades. His research excellence has been recognized in the form of numerous grants and awards from the National Institute of Health (NIH), Urodynamic Society, American Academy of Pediatrics, Society for Basic Urological Research, and the American Urological Association. His greatest joy at the University of Michigan remains the extraordinary collegiality and friendship with mentors, physicians, residents, students and nurses, and the never-ending lessons of strength and courage from the children and the families who daily conquer the pain and suffering with an amazing grace.