The M-Home debuted in 2015 with the primary mission of establishing a learning community framework for medical education. Current and incoming students were sorted into four houses: A, B, C and D. These temporary names served their purpose in the short term while we got this concept off the ground.

We are happy to announce that our simple alphabet monikers now have more meaningful replacements thanks to the thoughtful efforts of our students, faculty and staff.

We did not want to rush this process. After all, these names will be with us for a long time and we wanted them to speak to the significance of the physician training process. We decided to turn to the past to see which of our academic ancestors most exemplified the spirit of impact: innovating, learning, serving and contributing in their time and beyond. We involved each house in the research and decision-making process, asking students and faculty to identify individuals they felt embody their House's values, virtues and characteristics.

As you can imagine, the list was large — 6 top candidates per house. We took those 24 names back to the students for an electronic vote.

So, who did they choose? With great pride and excitement, here are the new M-Home house names:

House A: The Dr. William Henry Fitzbutler House, named for our school's first African-American graduate who founded one of the first medical colleges that did not permit discrimination based on race.

House B: The Dr. Jonas Edward Salk House, named for a virologist who pioneered one of the first influenza vaccines, and later co-developed the historical polio vaccine.

House C: The Dr. Alice Hamilton House, named for a renowned industrial and occupational researcher who was heavily engaged in social reform and improving the lives of the working poor.

These four individuals left an indelible mark not only in their time, but also on the history of our Medical School. Their legacies continue to inspire us, and their names will be reminders of our purpose as we train the next generation of physician leaders.

As the M-Home has evolved, so, too, has its presence within the Medical School student community. Now, each house has an official insignia (see below for a photo and description of each home's new look). In addition, the Medical School has adopted an overall insignia for the M-Home community. Recently, students were given t-shirts and lapel pins to commemorate the new look of their respective houses. 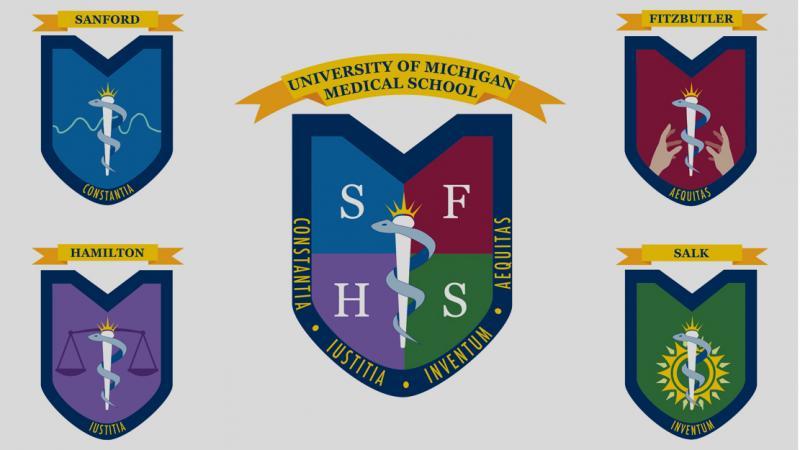 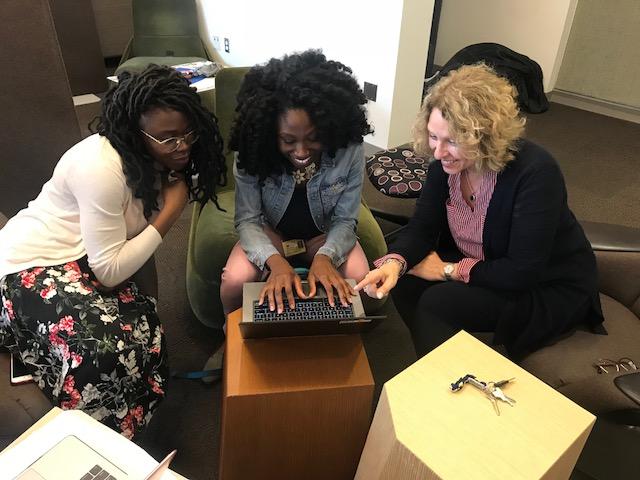