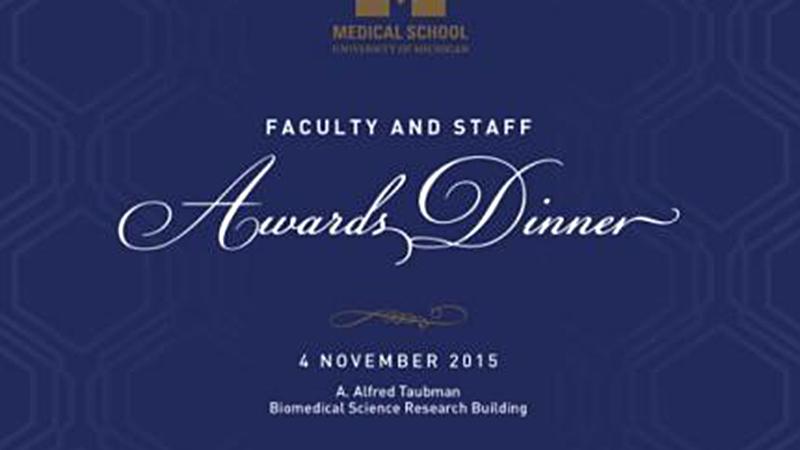 As the Medical School prepares to honor a new batch of Dean’s Awards recipients, the last two profiled from the 2015 class — Fred Morady, M.D., and Patricia L. Robertson, M.D. — are being praised for a lifetime of commitment to the highest standards of patient care.

Fred Morady, M.D., is the perfect selection for the Lifetime Achievement Award in Clinical Care, say those who nominated him for the honor. In addition to his clinical expertise, research acumen, and pleasant bedside manner, they say he is one of the Medical School’s top clinicians because he, well, gets to the heart of the matter.

Morady is known worldwide as an innovator in the treatment of cardiac arrhythmias. How renowned? In 1981, he and his mentor were the first to perform catheter ablation of an arrhythmia in a human being. This initiated a new era in the treatment of bothersome and sometimes life-threatening arrhythmias. Instead of open-heart surgery, catheters inserted into a blood vessel are used to damage the tissue that is causing the arrhythmia.

Atrial fibrillation is a common arrhythmia that often is troubling to patients and makes life uncomfortable. Morady says he enjoys being able to improve their quality of life: “The experiences that stand out for me are largely related to the many patients who have expressed gratitude for improvement in their quality of life after successful elimination of bothersome arrhythmias by catheter ablation.”

Patricia L. Robertson, M.D., is considered one of the top physicians in the University of Michigan Medical School for her skilled work during the past 30 years in neuro-oncology. She has been listed as one of the “Best Doctors in America” continuously since 1996, and held the David G. Dickinson Collegiate Professorship in Pediatrics from 2001-06.

What makes Dr. Robertson such a good physician, her colleagues say, is her compassionate care for children with complex and devastating brain tumors. In addition to her exceptional clinical management, they also cite the grace, love and enduring support she provides for children and their families. For this, she is the recipient of the Lifetime Achievement Award in Clinical Care.