Rana Awdish, M.D., plans to share something intimate and powerful when she speaks to Michigan’s newest Medical School graduates — how she survived a near-death experience as a patient in 2008, and how that event changed her as a doctor and teacher 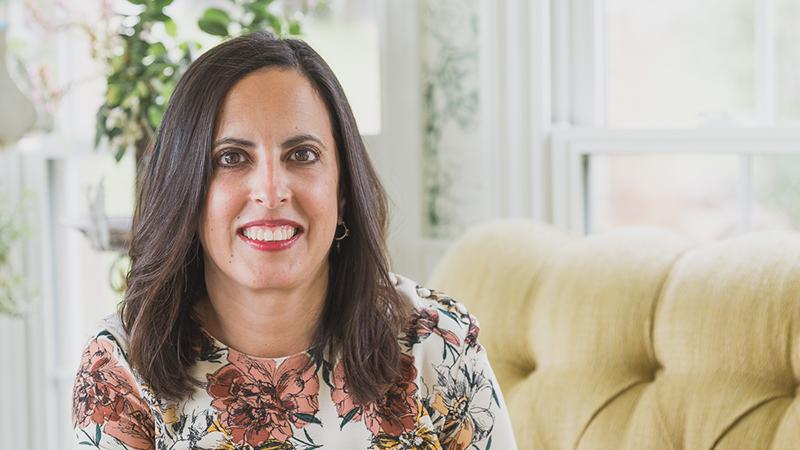 Rana Awdish, M.D., has plenty she can draw upon when she addresses the Medical School graduating Class of 2023 at their Commencement ceremony on May 12 in Hill Auditorium.

As a University of Michigan alumna, she can share memories of her time on the Ann Arbor campus. As a pulmonary and critical care physician at the Henry Ford Health, she can reflect upon the compassionate bravery of health care workers that sustained her and her colleagues during the pandemic.

Awdish also plans to share something much more intimate and powerful when she speaks to Michigan’s newest Medical School graduates — how she survived a near-death experience as a patient in 2008, and how that event changed her as a doctor and teacher.

In an article in the New England Journal of Medicine, Awdish recalls how she “effectively bled to death in [her] own hospital” at the end of her fellowship training, while seven months pregnant. A hidden tumor in her liver ruptured and caused severe bleeding. “I lost my entire blood volume into my abdomen,” Awdish writes. She descended into a spiral of multisystem organ failure and shock, suffering a stroke, and requiring life support. The baby would not survive.

Awdish pulled through thanks to aggressive treatment, but she also learned things she “might not have wanted to know” about how doctors can fail their patients in simple but meaningful ways, while getting “technical things so perfectly right,” she writes.

Ultimately, what she took away from her experience was the necessity of having a moral imagination, “the ability to view the problems of others as your own.” The providers who truly were able to be a healing influence on her were those who didn’t shy away from the difficult conversations, but instead provided space to process complicated emotions, she says. In her remarks, she will reconcile traditional medical training against her newfound perspective. Believing, as she does, that the humanity of the providers is far more important than the imagined heroism that physicians have been led to believe is the goal. This humanity informs every aspect of her work, she says.

Awdish chronicled her harrowing journey in the book, “In Shock: My Journey from Death to Recovery and the Redemptive Power of Hope,” a bestselling memoir based on her critical illness. She also has had numerous essays published in The Examined Life Journal, Intima, CHEST and the New England Journal of Medicine. She has written editorials for Harvard Business Review, Annals of Internal Medicine, Washington Post and Detroit Free Press. Her essay, “The Shape of the Shore,” was awarded a Sydney by the New York Times and was nominated for a Pushcart Prize.

She is director of the Pulmonary Hypertension Program at Henry Ford Hospital, and medical director of care experience for Henry Ford Health, where she has integrated compassionate communication strategies and narrative medicine practice into the curriculum.

In her teaching, she stresses the importance of narrative restoration, the power of stories to heal and transform. Her communication work utilizing improvisational actors to create experiential learning environments has shifted the culture toward empathetic, coordinated care. “We believe that by focusing on our missteps, we can ensure that the path ahead is healing and generative, not only for patients but for clinicians as well,” Awdish writes. “The stories we tell do more than restore our faith in ourselves. They have the power to transform.

Awdish earned her undergraduate degree at the University of Michigan and attended Wayne State University for medical school. She completed her training at Mount Sinai Beth Israel in Manhattan.

She received the Schwartz Center’s National Compassionate Caregiver of the Year Award in 2017. She was named Physician of the Year by Press Ganey in 2017 for her work on improving communication and received the Critical Care Teaching Award in 2016. She has been inducted into the Alpha Omega Alpha medical honor society and the Gold Humanism Honor Society.

More information on the 2023 Commencement ceremony is available here.