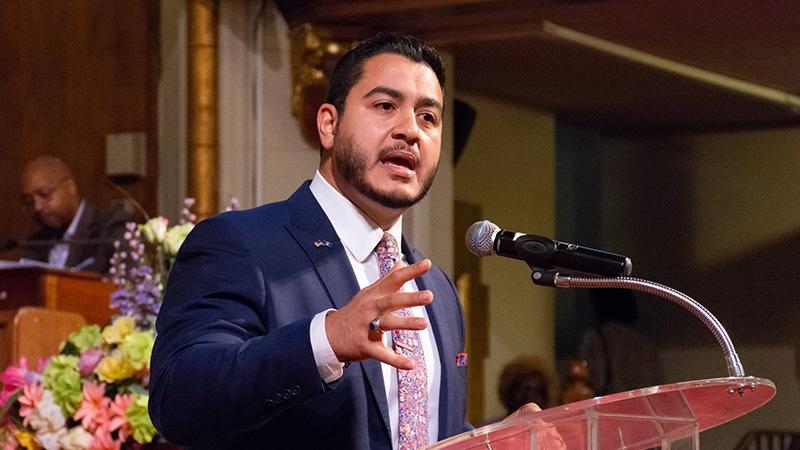 Prior to his campaign for governor, El-Sayed served as health commissioner in Detroit, where he rebuilt Detroit’s Health Department after it had been privatized during the city’s municipal bankruptcy. Under his leadership, the department created programs to provide every child in the city with a free pair of glasses; worked to improve environmental impact on health by reducing emissions and investing in parks; and had every school, daycare and Head Start building tested for lead in the water. Under his direction, the department became a national leader in public health innovation. In 2016, the Michigan League Voters recognized El-Sayed as Public Official of the Year.

During his runner-up candidacy for the Democratic nomination for governor, El-Sayed similarly focused on public health, education, diversity and dialogue. He strongly advocated for health care, clean water for all, debt-free and tuition-free higher education, a pathway to 100-percent renewable energy, and to rebuild the barriers between corporations and government.

Prior to his work in public service, El-Sayed was a tenure-track faculty member at Columbia University’s Department of Epidemiology, director of the Columbia University Systems Science Program, and co-director of global research for population health. He is the author of more than 100 scholarly articles, abstracts, and book chapters, and co-editor of the textbook, “Systems Science and Population Health” (2017).

El-Sayed completed his undergraduate work in 2007 at the University of Michigan, graduating with highest distinction and Phi Beta Kappa, while also serving as a starting defenseman on the men’s lacrosse team. He holds a doctorate in public health from Oxford University, where he was a Rhodes Scholar, as well as a M.D. from Columbia University.

More information on the 2019 Commencement ceremony is available here.