Following graduation, Steven Weinberg is bound for a residency at the University of North Carolina, where he hopes to continue global health pursuits 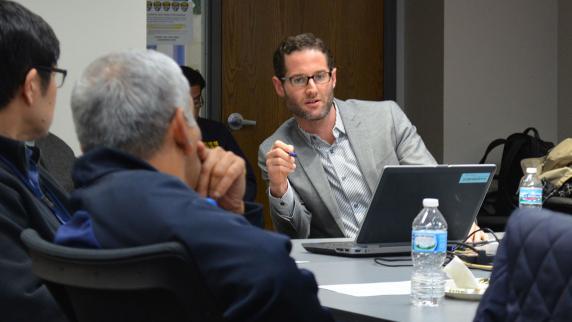 Upon first glance, Steven Weinberg’s résumé doesn’t seem particularly worldly. Born and raised in Ann Arbor, he attended both undergraduate and medical school at the University of Michigan.

But look again. Four international trips in about as many years allowed Weinberg to apply his hometown education on a worldwide scale, thanks to the U-M Medical School’s (UMMS) unique Global Health and Disparities (GHD) Path of Excellence, strong faculty mentors, and some financial help from Global REACH.

“I would have never had these experiences without funding. But it’s much more than financial support,” said Weinberg, who graduates this week from UMMS. “There’s a culture of international health that the faculty has cultivated at Michigan over the last few years. That had a huge impact on me as a medical student and it will last into my career.”

As an undergraduate studying economics, Weinberg helped start a non-profit organization focused on childhood malnutrition. The experience led to an independent six-month trip to Ethiopia working and shadowing at a health clinic there — even before he enrolled in medical school.

Ethiopia happened to be the newest addition to the growing list of countries where U-M was developing collaborative global health partnerships. Weinberg enrolled in UMMS in 2012 and selected its then-new Global Health and Disparities education path, which allows students to focus some areas of study on health inequality issues both domestic and foreign. In 2013, he was among the first students to visit Ethiopia on a Global REACH scholarship. In all, he would visit St. Paul’s Hospital Millennium Medical College, in Addis Ababa, three times as a medical student. Why return to the same place time and again?

“I’ve been fortunate to have great mentors who took me under their wing,” Weinberg said. “It was (U-M Chair of the Department of Obstetrics and Gynecology) Timothy R. B. Johnson, M.D., who encouraged me to pick one place, learn the language, and build relationships. That was great advice. And I worked extensively with (U-M Associate Professor of Obstetrics and Gynecology) Senait Fisseha, M.D., J.D. Being from Ethiopia; her passion for the place and its people was inspirational.”

In addition to clinical experiences, he was able to conduct research, surveying his med school counterparts in Ethiopia to learn how the new physician training partnership was influencing their career aspirations. The ongoing collaboration between UMMS and St. Paul’s aims to address Ethiopia’s problem with so-call “brain drain” in health care, so that more Ethiopian-trained physicians will remain in Ethiopia after graduating rather than leaving to practice medicine elsewhere. 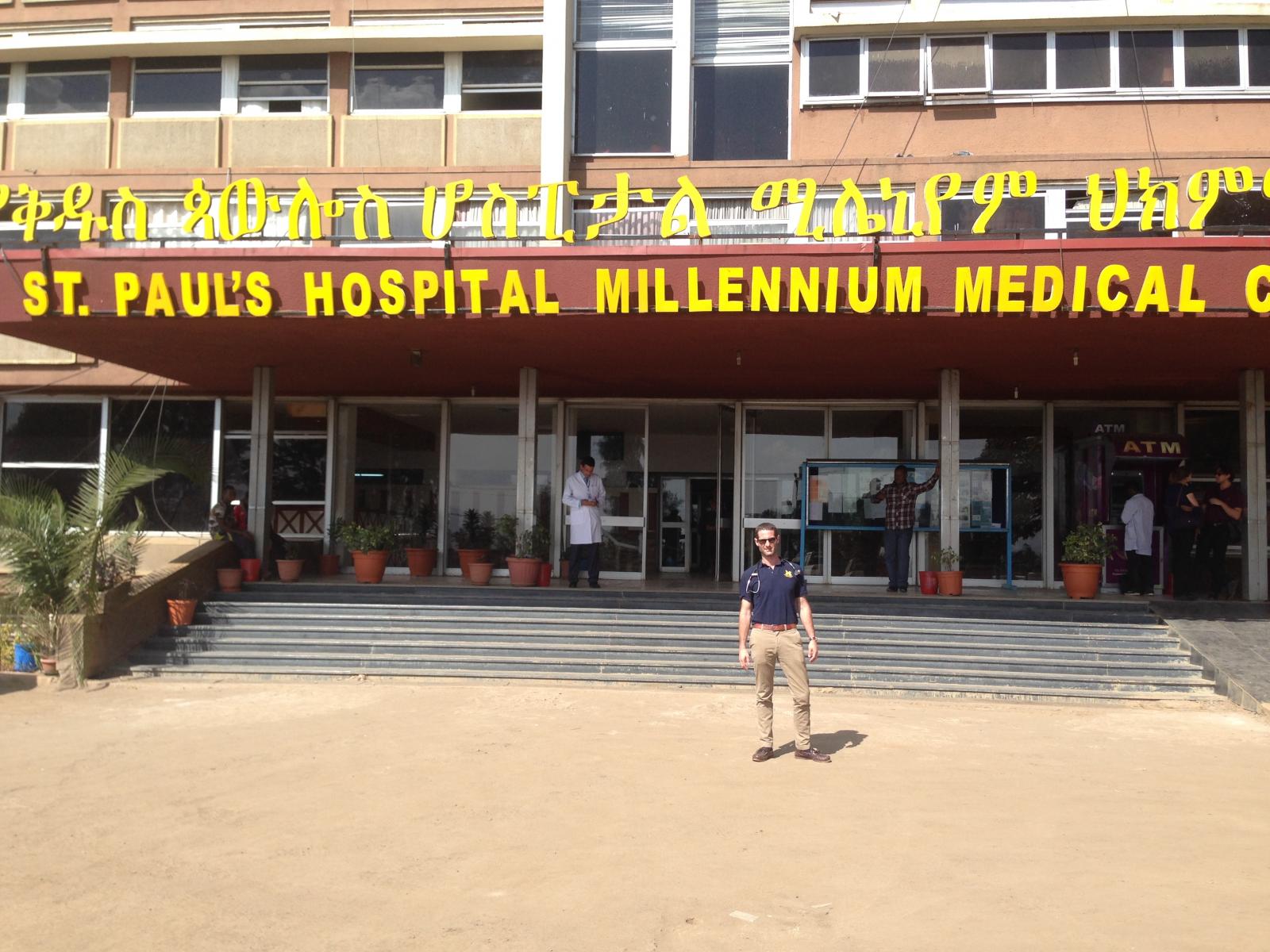 Steven Weinberg made several trips to Ethiopia’s St. Paul’s Hospital Millennium Medical College, in Addis Ababa, as a UMMS student in the school’s Global Health and Disparities Path of Excellence.

On his most recent visit, Weinberg surveyed resident physicians at St. Paul’s and found that all of them planned to remain in Ethiopia following their residency. Further, 64 percent felt their training under the U-M partnership with St. Paul’s had prepared them for a satisfying career as a physician within Ethiopia. The results were markedly different from a similar survey Weinberg had conducted with medical students at the same teaching hospital just a few years earlier.

“Three years ago, when we asked the same question to med students, 25 percent of them were planning to leave — and 40 percent of all fourth-year students had plans to leave at that time,” said Weinberg. “So these new results demonstrate that things are headed in the right direction.”

His work in this area earned him the Timothy R. B. Johnson Global Women’s Health Award and an invitation to present some of his findings during a poster presentation at the 2014 Consortium of Universities for Global Health conference. Weinberg’s class of 2016 is only the second cohort of Global Health and Disparities Path students to graduate since the program was first introduced in 2011.

“We’ve seen our Global Health and Disparities Path come a very long way in just a few short years, and I’m so proud of all of our students who chose this path,” said Joseph C. Kolars, M.D., senior associate dean for education and global Initiatives at UMMS, and the Josiah Macy Jr. Professor of Health Professions Education. “GHD students like Steven and the faculty members who support them are keeping our university at the forefront of positive change in health care on a local, national and increasingly global scale.”

Weinberg is among about 165 UMMS students graduating May 13, including 34 GHD students. Following the May 13 graduation, he is bound for a residency in pediatrics at the University of North Carolina where he hopes to continue global health pursuits.

“I am so grateful for the opportunities and experiences I’ve been given here at U-M,” he said. “My dream job would be to commit a career to projects like the ones I’ve been involved in, perhaps even returning to U-M down the road to watch those partnerships continue to thrive.”