Collegiate gymnastics careers drew them to professional careers in medicine; now, all three are physicians in the Department of Obstetrics and Gynecology at Von Voigtlander Women’s Hospital 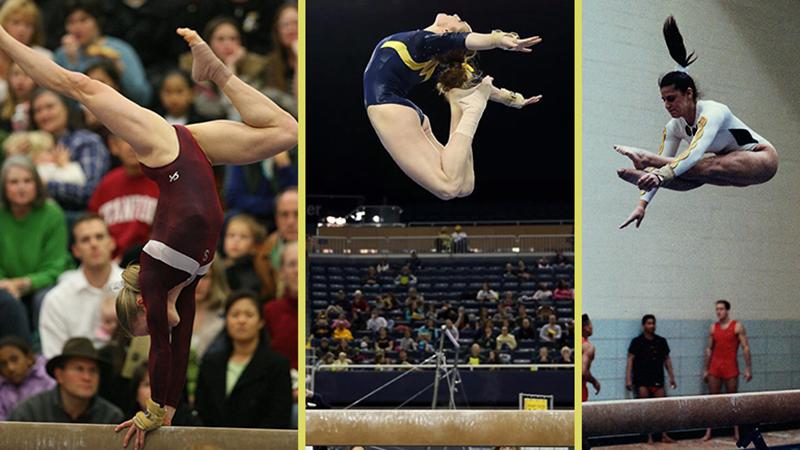 And now, all three are physicians in the Department of Obstetrics and Gynecology at Von Voigtlander Women’s Hospital.

For Rolston, it was a major knee surgery at 15 years old that made her consider the field.

“My medical team of surgeons, nurses and physical therapists had a huge impact on me as I navigated my journey not only back to health, but to being a highly competitive athlete ready for the college recruitment scene,” Rolston said. “That experience definitely sparked my interest in medicine and while I didn’t end up in a sports medicine field, I did choose a specialty that involves being a part of pivotal moments in women’s lives.”

All three began gymnastics around kindergarten and fell in love right away.

“I loved moving, flipping and being active and knew that being active made me feel good in mind, body and soul!” Berman said. “Even as a little kid, I felt passionate about gymnastics and the hard work and commitment it took. I started competing at age 7 and it just took off from there.”

Years of competing throughout elementary, middle and high school led all three to being recruited by major universities. Berman was a California state champion and recruited to U-M, Rolston joined the women’s gymnastics team at Stanford University and Zurales was recruited to U-M on a full-ride scholarship.

Read more about these former gymnasts, who are now doctors at Michigan, in Michigan Medicine Headlines.