Since coming to the U-M Medical School in 2000, Cheryl Moyer has mentored more than 70 students, trainees, and junior faculty members — the vast majority of them women 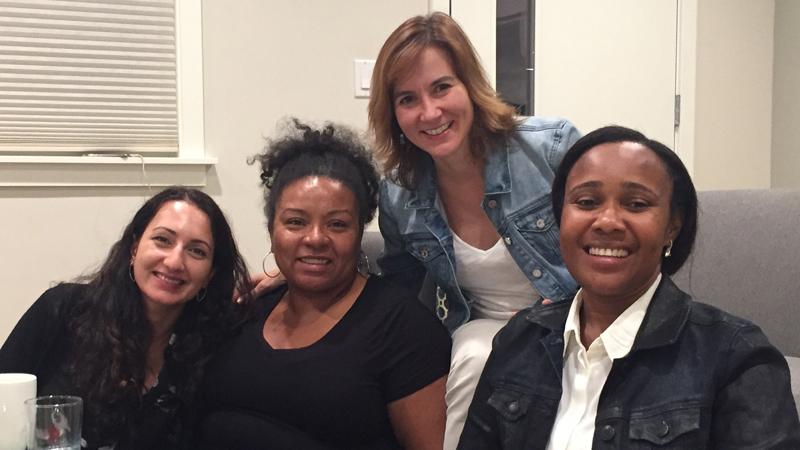 About half way through a year-long research project in Ghana, April Bell was ready to throw in the towel. Little was going right. Her apartment had flooded, she’d already had one serious medical scare, and then she was in a road accident when the bus she was riding in tipped over. She wasn’t seriously injured, but she was rattled and thousands of miles from home. Bell phoned her mentor, Cheryl A. Moyer, Ph.D., MPH.

“I was obviously freaked out and I was having second thoughts about being there,” Bell said. “But Cheryl is transformative — there’s no other word for it. By the time we got off the phone, it was like, ‘I can do this.’ She’s a believer, and she’ll buck you up even when you don’t have the strength to do it yourself.”

Bell finished the fellowship project. “I’m close now to finishing my Ph.D. program and without Cheryl I don’t think that would have been possible,” she said.

An assistant professor of obstetrics and gynecology and learning health sciences, Moyer has developed a name for herself as a researcher and advocate for women’s health in sub-Saharan Africa. Closer to home, she’s earned a reputation as a powerful mentor, recently garnering the 2018 Sarah Goddard Power Award. Given by the U-M Academic Women’s Caucus, the annual honor recognizes individuals for significant contributions to the betterment of women at the University. Moyer was nominated for the award by Senior Associate Dean for Education and Global Affairs Joseph C. Kolars, M.D.. He noted that, since coming to U-M in 2000, Moyer has mentored more than 70 students, trainees, and junior faculty members — the vast majority of them women.

“Dr. Moyer has been tireless advocate and mentor for young women looking to advance their careers,” said Kolars. “I have watched her coach faculty and staff through challenging personal, professional, and international dilemmas, always validating their feelings while allowing individuals to identify both the root of the issue and a constructive way forward.”

Read more about Moyer and her tireless mentoring efforts in Michigan Medicine Headlines.

Committed to lifting women up: Faculty member honored for mentoring others (link is external)