Coulombe to take helm of one of the oldest departments at the University of Michigan; Pearlman has served on the U-M faculty for almost three decades 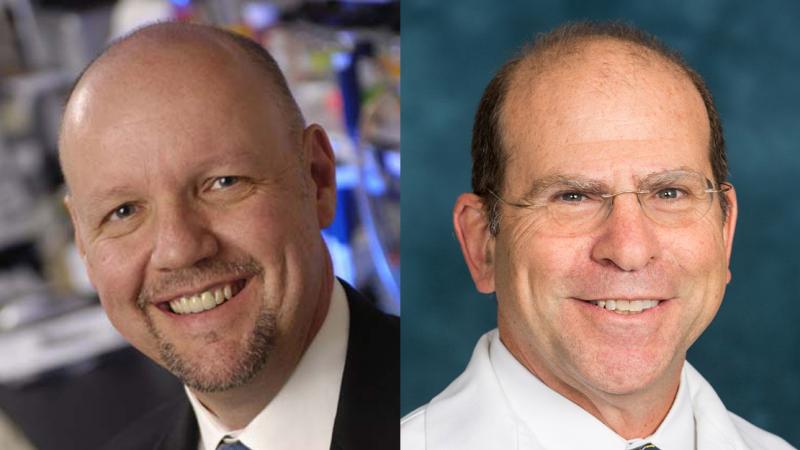 Pierre A. Coulombe, Ph.D. (left), has been named chair of the Department of Cell & Developmental Biology, effective August 1, 2017.

Since 2008, Dr. Coulombe has been the E.V. McCollum Professor and chair of the Johns Hopkins Bloomberg School of Public Health’s Department of Biochemistry and Molecular Biology. He also is a professor of biological chemistry, dermatology and oncology at the John Hopkins University School of Medicine, and a member of the Sydney Kimmel Comprehensive Cancer Center at Johns Hopkins University. He is a leading expert in the keratin cytoskeleton, epithelial differentiation and homeostasis, and the underlying causes of diseases affecting the skin ranging from genodermatoses to cancer.

Dr. Pearlman has been a U-M faculty member since 1990. In 2001, he was appointed as the S. Jan Behrman Professor of Reproductive Medicine, and promoted to professor in the Department of Obstetrics and Gynecology and Surgery in 2002. He is known internationally for his expertise in breast cancer, gynecologic infectious disease, quality assurance and trauma in pregnancy. In addition to authoring 81 peer-reviewed publications, he serves on numerous national societies, including the American College of Obstetricians and Gynecologists. He also serves as the medical director of pharmacy and associate chief of clinical affairs at Michigan Medicine.