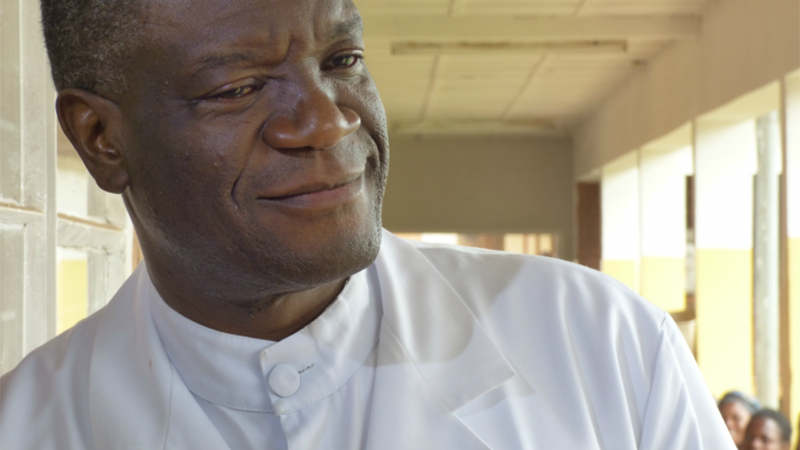 A leading African physician and a prominent documentary filmmaker will team up this September at the U-M to discuss Congo’s civil war and the related health and humanitarian atrocities occurring there.

“This really helps put the political pieces together with the health and humanitarian pieces in order to see the full picture, which is a horrific story,” said U-M School of Nursing Associate Professor Janis Miller, Ph.D., R.N., who helped organize the event. Miller is also a research professor in the Department of Obstetrics and Gynecology in the Medical School. “Mike in his film has documented the crisis and the underlying reasons, while Dr. Mukwege has dealt with the resulting trauma of that. Hearing these two speak together is a rare opportunity.”

The Sept. 22 event at the School of Nursing is free and open to any students and faculty to attend. It will mark the first time that Mukwege and Ramsdell have appeared together. The screening and subsequent Q & A session will take place from 5:30-7:30 p.m. in the new School of Nursing building at 426 N. Ingalls.

To read more about the event, and the movie “When Elephants Fight,” click below.