She is highly regarded in the field, and has consistently served in leadership roles in numerous prestigious academic and medical organizations 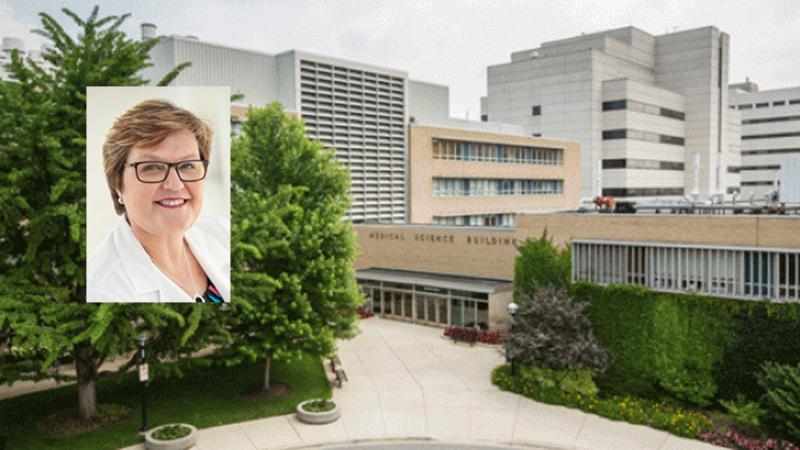 Dee E. Fenner, M.D., has been appointed chair of the Department of Obstetrics and Gynecology, after approval by the University of Michigan Board of Regents today.

Fenner joined U-M as an associate professor of obstetrics and gynecology in 2001. She was promoted to her current academic rank of professor in 2006, and was also appointed as professor in the Department of Urology in 2008. During her tenure, she has served as associate chair for surgical services and as director of the Division of Gynecology in the Department of Obstetrics and Gynecology.

Since Sept. 2016, she has served as chief clinical officer for University Hospital and the Frankel Cardiovascular Center, providing operational leadership in conjunction with the chief nursing officer and executive director.

“Dr. Fenner’s clinical and academic impact and contributions have been significant, to both Michigan Medicine and to the entire field of study and practice,” says Marschall S. Runge, M.D., Ph.D., executive vice president for medical affairs at the University of Michigan and dean of the Medical School.

Prior to joining Michigan, Fenner served on the faculty in the Department of Obstetrics and Gynecology at the University of Washington and at Rush Medical College in Chicago.