Murthy, who served as the nation’s doctor from 2014-17, has led the way in medical education, social action and health care dialogue 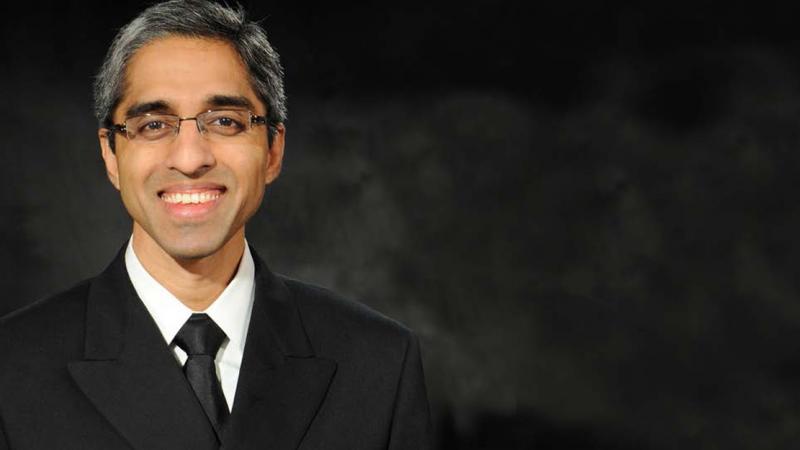 Vivek H. Murthy, M.D., MBA, the 19th U.S. Surgeon General of the United States, will be the featured speaker at the Medical School’s 2018 Commencement ceremony at 3 p.m. on May 11 in Hill Auditorium.

Murthy served as surgeon general from 2014-17. As the nation’s doctor, he brought both passion and innovation to the challenges of leading America’s national health care initiatives.

During his tenure, Murthy issued the first Surgeon General’s Report on Substance Use and Addiction, calling the nation to action to address this deadly disease. He launched the national “TurnTheTideRx” campaign to address the opioid crisis, and he was the first surgeon general to issue a letter to health professionals across America urging them to action to reduce opioid addiction and overdose deaths. His final surgeon general’s report was on e-cigarettes and youth, and was the first federal report on the topic.

Throughout his career, Murthy has led the way in medical education, social action and health care dialogue. He co-founded several health care community organizations and grassroots citizen movements, including Visions, a peer-to-peer HIV/AIDS education program in India and the United States that reached tens of thousands of students, and Swasthya, a community health partnership that trained women in small villages in India to become health care providers and educators. He also co-founded TrialNet­works, a software company that developed collaborative technology for accelerating clinical trials, and a nonprofit organization, Doctors for America, that has organized physi­cians in all 50 states to advocate for high-quality, afford­able health care for all.

Prior to becoming surgeon general, he practiced and taught internal medicine at Brigham and Women’s Hospital and Harvard Medical School. He also has a MBA from Yale.

More information on the 2018 Commencement ceremony is available here.