From the first women admitted alongside men at a major medical school, to the training ground for the first female Surgeon General 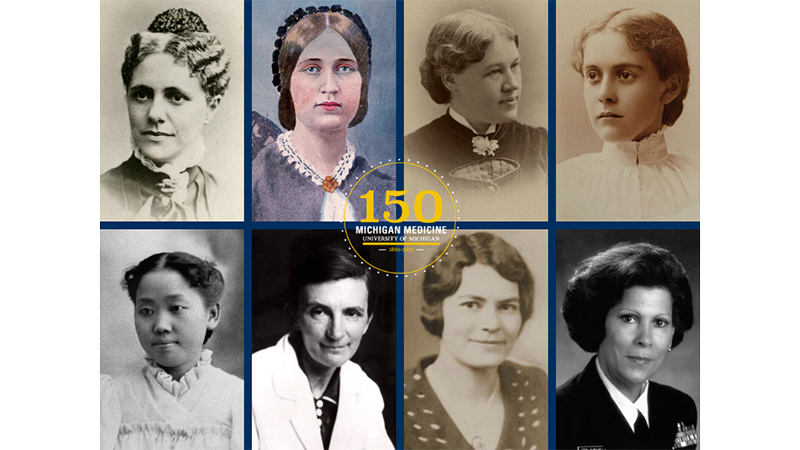 One hundred and fifty years ago this month, a milestone in American medical history happened on the U-M campus.

At their March 1870 meeting, the U-M board of regents was asked to consider allowing women to study medicine alongside men — something no other university had yet allowed.

Though it took them until July to approve the idea, that decision paved the way for the first female medical students in America to earn their medical degrees not in a separate medical college for women, but in the same setting as men.

As part of the celebration of Michigan Medicine’s history and heritage, and in honor of Women’s History Month, here are some other key highlights from the role of women in the institution.

1871: Amanda Sanford, who had started her medical training in Boston, becomes U-M’s first female medical graduate, receiving her degree with highest honors but enduring jeers and thrown paper when introduced to present her research paper at the March ceremony.

Read about more milestones for women in medicine at Michigan in the Michigan Medicine Newsroom.

Leaders and Best: Milestones in the history of women in medicine at U-M (link is external)