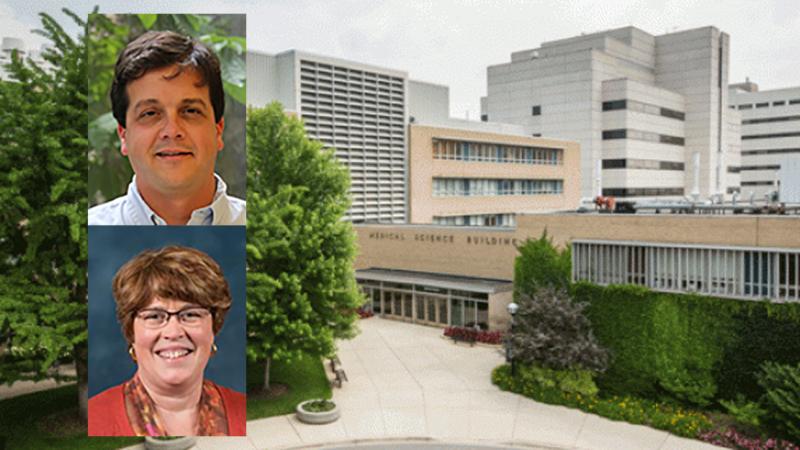 He is a leader in peripheral nerve development and disease research, with a focus on defining the molecular mechanisms of Charcot-Marie-Tooth disease (CMT) — the most-common hereditary neuropathy, affecting 150,000 patients in the United States alone. He was involved in the initial discovery of mutations in glycyl-tRNA synthetase in patients with CMT disease, and since has identified mutations in many other tRNA synthase genes in patients with myriad dominant and recessive disease phenotypes. His laboratory has made major contributions to the finding that loss of enzymatic function is a common feature of all synthetase-related genetic disease. Additional research in his lab is aimed at understanding how gene expression in Schwann cells dictates myelination in the peripheral nerve and how this process is dysregulated in disease states.

After earning a Bachelor of Science from the University of Massachusetts in 1992, he served as a laboratory technician at Genzyme Genetics. From 1996-2000, he was a senior research associate in the Department of Genetics and Epidemiology at the Joslin Diabetes Center at Harvard Medical School. He earned a Ph.D. from the George Washington University and National Institutes of Health (NIH) Joint Program in Genetics (mentored by Eric D. Green, M.D., Ph.D.), and then embarked on a research fellowship in the physical mapping section of the Genome Technology Branch at the National Human Genome Research Institute within the NIH (co-mentored by Green and William J. Pavan, Ph.D.).

Moore (bottom) is the Galen B. Toews, M.D., Collegiate Professor of Pulmonary and Critical Care Medicine and a professor of microbiology and immunology and internal medicine in the Medical School.

She received her Bachelor of Arts in microbiology from the University of Texas at Austin and her Ph.D. in immunology from the University of Texas Southwestern Medical School. She completed postdoctoral studies at UT Southwestern in 1994, and then at Stanford University in 1997. She joined the U-M faculty that year as a research investigator. She rose through the ranks to associate professor in 2006 and professor in 2011.

Moore is an internationally recognized expert in the pathogenesis of pulmonary fibrosis, and in the regulation of innate and adaptive immunity post-stem cell transplant. Her laboratory also has active projects related to secondary pneumonia post-influenza. She has had continuous NIH grant funding since 1998, and she has published more than 180 peer-reviewed research articles in prominent journals.

Among her honors, she received a Young Investigator Award from the Central Society for Clinical Research, and a Career Development Award from the American Lung Association of Michigan. In 2014, she received a Recognition Award for Scientific Accomplishment from the American Thoracic Society and was inducted that same year into the University of Michigan Medical School League of Research Excellence. In 2019, she was honored with the Rackham Distinguished Graduate Mentoring Award.

In addition to her research activities, she has served as director of the Immunology Graduate Program since 2012, and directed the Michigan Institute for Clinical and Health Research Postdoctoral Translation Scholar Program from 2013-15.  She has held past leadership roles in the Medical School, including chair of the Biomedical Research Council and the University Committee on the Use and Care of Animals. She has also served on the campus wide ADVANCE STRIDE committee and Rackham’s MORE mentoring committee.