The mission for the institute is to become the world’s premier research institute discovering the root causes of heart and brain disease, determining how these organs communicate with each other, and developing the treatments of tomorrow 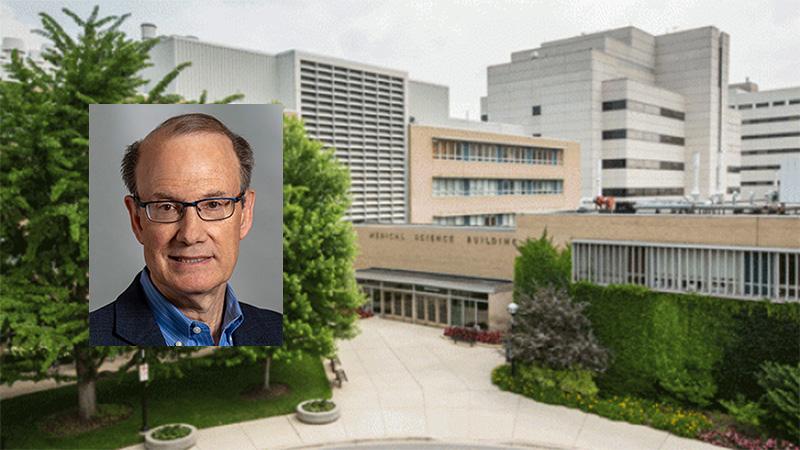 The Medical School Executive Committee has approved the establishment of the Institute for Heart and Brain Health (IHBH) and the appointment of Anthony Rosenzweig, M.D., as its inaugural director, effective September 1.

The mission for the institute is to become the world’s premier research institute discovering the root causes of heart and brain disease, determining how these organs communicate with each other, and developing the treatments of tomorrow. The vision states that our discoveries will propel life-changing new approaches to the prevention and treatment of heart and brain diseases.

This pioneering institute will be dedicated to unraveling the biological mechanisms that the heart and brain have in common, as well as how these organs signal to each other and impact overall clinical outcomes. This effort will benefit from the highly collaborative scientific environment at the University of Michigan and resonate with ongoing clinical efforts such as the new hospital in which patients with neurological and cardiovascular diseases will be co-located.

Rosenzweig comes to the U-M after serving as chief of cardiology, co-director of the Corrigan Minehan Heart Center and director of Cardiovascular Research at Massachusetts General Hospital (MGH), as well as the Paul Dudley White Professor of Medicine at Harvard Medical School. In these roles, he oversaw the clinical, academic, and research programs within cardiology, and worked closely with the chief of cardiac surgery to manage overall efforts of the MGH Corrigan Minehan Heart Center. Over the past seven years, he has led a transformation of the clinical service model in cardiology, resulting in substantial increases in both clinical activity and margin, recruited ~70 new faculty, raised considerable philanthropic support, and substantially increased the division’s extramural research funding.

After graduating from Harvard College, where he majored in biochemistry and molecular biology, he received his medical degree from Harvard Medical School and completed his residency in internal medicine and fellowship in cardiovascular medicine at MGH. Additional research training included a one-year predoctoral fellowship in neurosciences at the University of Pennsylvania and postdoctoral training at Harvard Medical School.

Rosenzweig’s research has focused on identifying novel mechanisms and therapeutic targets in heart failure, using the exercised heart to understand what keeps hearts healthy. Of particular interest is how dysregulation of common pathways, such as those involved in metabolism, cellular senescence, or inflammation, can drive disease in multiple organs, including the brain and heart, since targeting such pathways could have broad clinical benefits. Rosenzweig is deeply committed to realizing the translational potential of basic science discoveries. His work has led to multiple patent awards, licensed approaches to mutation detection, and new therapeutic strategies being investigated in clinical trials.

He has led successful partnerships with industry, served on industry advisory panels, and co-founded a recently funded biotech start-up focused on small molecule therapies for Long QT Syndrome. He has been a principal investigator for multiple successful research consortia including an international Leducq Foundation Network of Research Excellence, multiple National Institutes of Health (NIH) U-awards, an American Heart Association (AHA) Strategically Focused Research Network Center, and multiple NIH T32 training grants. His research has been continuously funded by the NIH for over 30 years.