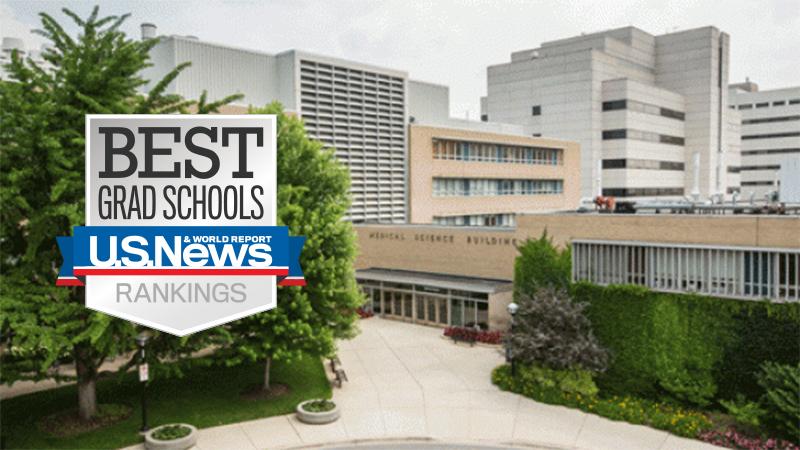 The University of Michigan Medical School, School of Nursing and Department of Biomedical Engineering are rated among the best nationally for their various educational programs.

U.S. News and World Report also ranked eight specialties, and U-M achieved a top-11 ranking in all eight: Surgery (4), Anesthesiology and Obstetrics and Gynecology (both at 6), Internal Medicine (7), Family Medicine (tied for 7), Radiology (9), Pediatrics (tied for 10) and Psychiatry (tied for 11).

USNWR also calculated a Diversity Index for all medical schools, calculated by the percentage of medical school enrollment from underrepresented minorities (14.1) and percentage of enrollment from underrepresented minorities relative to state or national proportions (57.8). Our overall Diversity Index ranking is tied for 68th nationally.

The U-M, which operates its Department of Biomedical Engineering as a joint venture between the Medical School and College of Engineering, is tied for No. 10 nationally in biomedical engineering/bioengineering.

Following is a summary of the 2022 rankings: