In addition to officially becoming physicians, members of the Class of 2017 have the honor of graduating during the University of Michigan Bicentennial 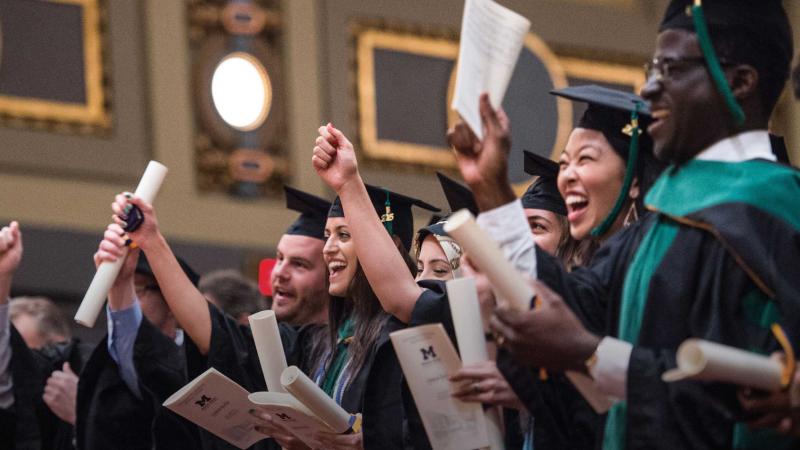 On May 12, 174 future health care leaders will enter the University of Michigan’s historic Hill Auditorium as students, and leave as physicians.

That day, the Medical School will celebrate the graduation of its senior students in a 3 p.m. ceremony. This annual event carries added significance in 2017, as the University is celebrating its Bicentennial.

Collins oversees the work of the largest supporter of biomedical research in the world, spanning the spectrum from basic to clinical research. He is a physician-geneticist noted for his landmark discoveries of disease genes and his leadership of the international Human Genome Project, which culminated in 2003 with the completion of a finished sequence of the human DNA instruction book. He served as director of the National Human Genome Research Institute at the NIH from 1993-2008. Before coming to the NIH, Collins was a Howard Hughes Medical Institute investigator at the University of Michigan. A faculty member on campus from 1984-93, he served as a professor of internal medicine and human genetics until 2003.

Jesse Burk-Rafel has been selected to speak on behalf of the Class of 2017.