COVID-19: Masks are required throughout all facilities. Limited visitation is permitted for hospitalized patients. 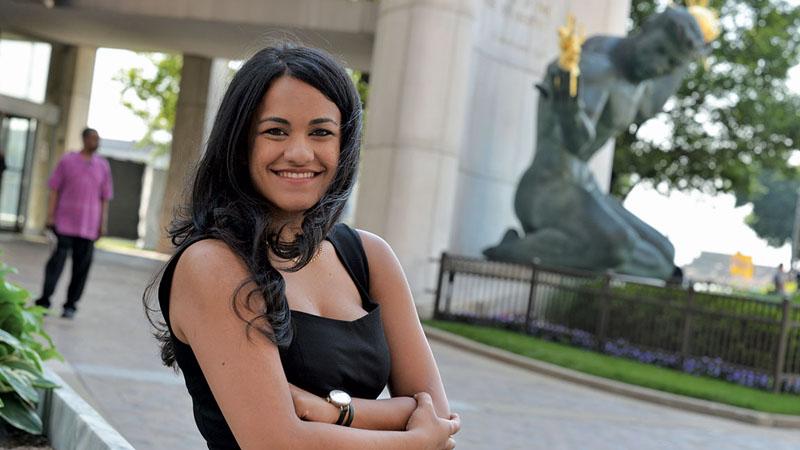 A deep dive into knowledge that a traditional medical school curriculum would not cover. A social-scientific community with peer-to-peer networking and professional collaboration. A “capstone” project that could lead to a life’s work. Having professional impact while still a student. And regular engagement with a faculty adviser. These are the opportunities that made U-M Medical School students first take interest in and ultimately flock to supplemental programs of study called Paths of Excellence.

Early in this decade, aware that peer institutions were revamping curricula to address individual and societal needs, a group of U-M Medical School deans, associate deans, and other administrators proposed to address those needs with a new, optional curricular track. Many topics presented themselves, but the group settled on Global Health and Disparities (GHD), which would allow students, through study and final capstone projects, to become agents of sustainable change, reducing domestic and global health disparities. Leading with GHD allowed the school to make a moral statement about global responsibility and responses to societal needs. Twenty-five students signed up. With its small-group student immersion gatherings, one-on-one advising, and capstone projects, GHD was also positioned to be a template for more of what would become the Paths of Excellence. GHD began in 2013 under the direction of Brent Williams, M.D., MPH, associate professor of inter­nal medicine and a member of the Institute for Healthcare Policy & Innovation. Given the success of GHD, the Medical School administration began thinking what other tracks it might offer.

“It really took a village,” says Heather Wagenschutz, M.A., MBA, today a co-director of the Paths of Excellence, describing the process that followed. The Medical School administration called together a large group of students, faculty, staff, and deans whose mission was to formalize and create more paths. They tapped Wagenschutz and Eric Skye, M.D., associate professor of family medicine, to lead a workgroup to create more paths and to co-direct the overall program. (Skye has since been succeeded as co-director by Catherine Kim, M.D., MPH, associate professor of medicine, of obstetrics and gynecology, and of epidemiology.)

During the first few years of development, the GHD helped shape the Medical Ethics and Health Policy paths. Then, using a data-driven, student survey approach coupled with input from the workgroup, Innovation and Entrepreneurship, Medical Humanities, and Scientific Discovery were added in 2014–2015. The two most recent paths — the Scholarship of Learning and Teaching, and Patient Safety, Quality Improvement, and Complex Systems — began in 2016.

“Every single path is unique,” says Wagenschutz. “Some are more regimented; some are more open.” The goal is to introduce students to scholarly material that augments traditional classroom learning and enriches their medical training, often by introducing unusual points of view.

“We want students to go beyond the typical research paper or abstract,” says Kim. “We want them to own the project.” So far, students within the program have produced research projects, a nonprofit, a book of poetry, medical devices, and a set of public health guidelines. The program operates on a lean budget but is sustained in part by some 70 faculty advisers and mentors. Some of the eight path directors — administrators who assemble the core path teams and run the paths in cooperation with Kim and Wagenschutz — also advise. Although most advisers have medical degrees and training, a capstone might instead require an adviser with a background in law, philosophy, the arts, or another field. “All the advisers and directors,” says Wagenschutz, “bring their own unique talents and expertise to the table and help move the mission forward.”

Student response to the Paths of Excellence has been strong. Even though a Path of Excel­lence is not required to graduate, in 2017–2018, 75 percent of students followed one. And the future looks even brighter. Out of some 175 first-year medical students, 160, or about 91 percent, have expressed an interest in following a path.

The Path Forward (link is external)