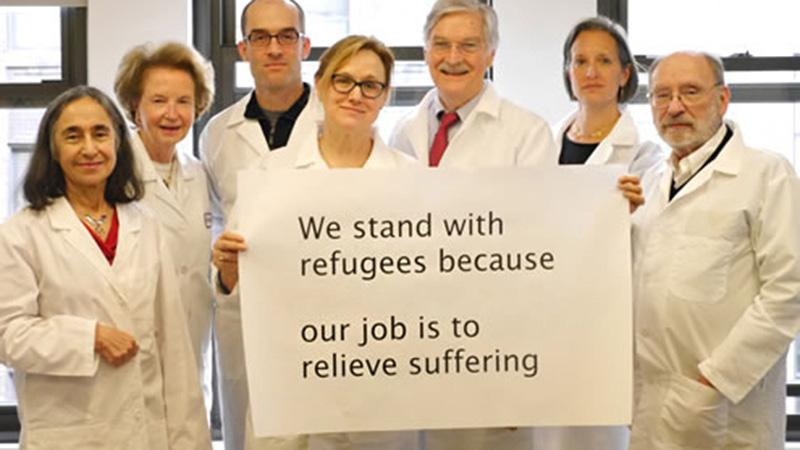 A University of Michigan Medical School faculty member has been selected as the next medical director of Physicians for Human Rights (PHR), a prominent, nonprofit organization that uses medical science to document, investigate, and advocate against human rights abuses around the world.

Michele Heisler, M.D., MPA, a professor of internal medicine in the Medical School and health behavior and health education in the School of Public Health, began her part-time position at PHR on Jan. 1, 2020. She is not leaving the U-M, but will remain on faculty at Michigan Medicine and split her time between Ann Arbor and the PHR headquarters in New York. The organization has teams engaged around the world on issues from refugee care to detainee torture and sexual violence. PHR shared in the Nobel Peace Prize in 1997 for its leading role in an international campaign to ban landmines.

For Heisler, this new role is the culmination of a lifetime advocating for vulnerable populations both at home and abroad. While much of her work through Michigan Medicine has focused on improving chronic disease management and prevention in low-resource settings, Heisler has always remained active in human rights and health equity issues, from her work with the Ann Arbor VA to her research in low-resource communities of Brazil, as well as her advisory role at the U-M Asylum Collaborative and her long research partnerships with Detroit’s Community Health and Social Services Center.

Read more about Dr. Heisler's new appointment in the full story on the Global HEALTH website.