The 1918-19 flu pandemic killed millions. What can it teach us about preventing the spread of infections today? 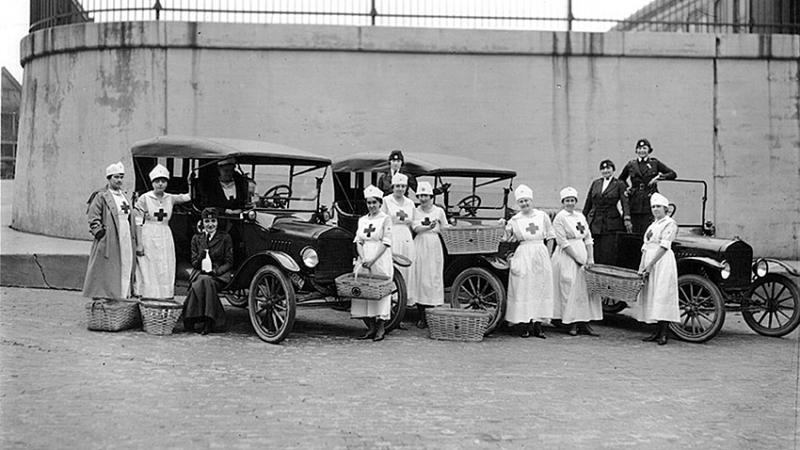 The national call for volunteers to help care for the millions made ill by the 1918-19 flu pandemic included these women drivers and canteen workers in Detroit.

A wave of misery is washing over America right now, as the peak of flu season lays millions of people low with fevers, aches, coughs, nonstop runny noses, nausea and a general feeling of “bleah.”

Even some Americans who got vaccinated against the influenza virus are feeling the effects, though far less than they would have without the vaccine.

But as miserable as this year’s epidemic is, it pales by comparison with the one that swept across the country and world exactly 100 years ago.

Just ask Alex Navarro, Ph.D., a University of Michigan medical historian who has studied the historic flu pandemic of 1918-1919 for the Centers for Disease Control and Prevention. In less than a year, the flu killed more than 650,000 Americans, and tens of millions more people around the globe.

Navarro, who works at U-M’s Center for the History of Medicine, reflects on the similarities and differences between yesterday and today, and on the lessons we can learn from what our grandparents’ and great-grandparents’ generations endured.

He and his colleagues published an online encyclopedia of the 1918-1919 flu pandemic, including profiles of how 50 cities handled it, and how certain communities escaped the pandemic’s worst effects.

Read a Q&A with Navarro in the Michigan Health Blog.

Think This Flu Season Is Bad? Flash Back 100 Years (link is external)