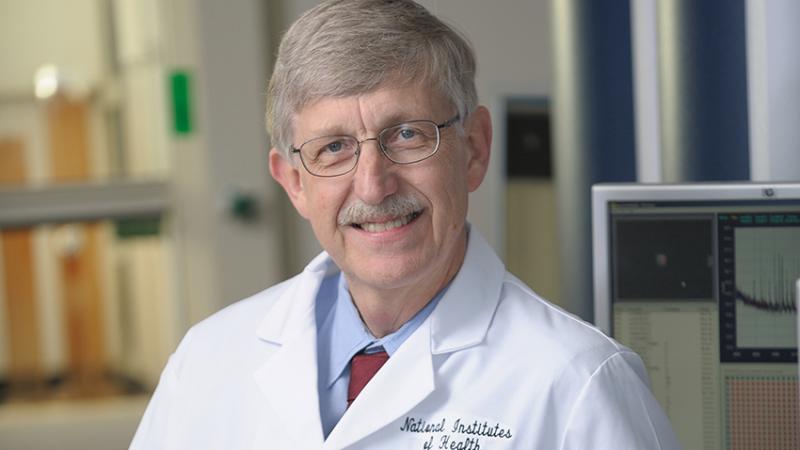 Francis S. Collins, M.D., Ph.D., the director of the National Institutes of Health (NIH) who may be best known for leading the Human Genome Project, will be the featured speaker during the University of Michigan Medical School’s 167th commencement ceremony May 12 in Hill Auditorium.

As NIH director, Collins oversees the work of the largest institutional supporter of biomedical research in the world, spanning the spectrum from basic to clinical research. He was appointed by then-President Barack Obama in 2009 and was asked to remain in the position by President Donald Trump in January.

At NIH, Collins has helped launch major research initiatives to advance the use of precision medicine for more tailored health care, increase our understanding of the neural networks of the brain to improve treatments for brain diseases, and identify areas of cancer research ripest for acceleration to improve cancer prevention and treatment.

While director of NIH’s National Human Genome Research Institute, he oversaw the Human Genome Project, a 13-year international effort to map and sequence the 3 billion letters in human DNA. Project scientists finished the sequence in April 2003, coinciding with the 50th anniversary of James Watson and Francis Crick’s seminal publication describing the double-helix structure of DNA.

It remains the world’s largest collaborative biological project and one of the most significant scientific undertakings in modern history.

In anticipation of the commencement ceremony, Collins spoke to Michigan Health Lab.

What advice would you share with our graduating class?

Collins: Be prepared for rapid changes in medicine. Keep your focus on what really matters: How are you going to use your talents to make the world a better place? Ultimately, that will be a lot more important than what titles you achieve or how much money you make. Oh yeah, and be prepared to learn from trials and failures; they are just part of life.

Read more of the Q&A with Dr. Collins in the Michigan Health Lab.