Co-curricular with the new medical student curriculum, the Paths of Excellence program gives students the opportunity to pursue interests and areas of passion 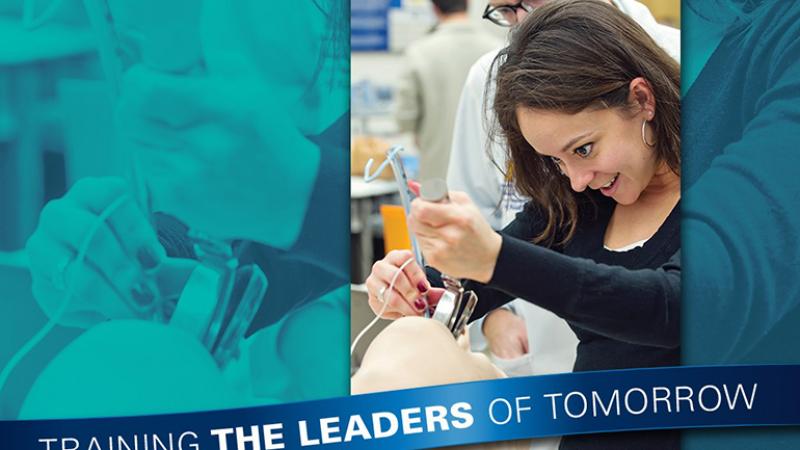 When Megan Lane started medical school in 2014, she was excited to begin her journey toward becoming a doctor. She was also anxious to delve into the research arena.

The first part of her quest was easy to map out, as U-M excels at preparing future physicians for the road ahead.

How to fulfill her second aspiration became clear when she signed up for one of the medical school’s most popular student offerings. Lane joined the Paths of Excellence (PoE) program, in which students can explore one of the following areas: ethics, global health and disparities, health policy, innovation and entrepreneurship, medical humanities, patient safety, quality improvement and complex systems, scholarship of learning and teaching, and scientific discovery.

While not a formal part of the medical student curriculum, the PoE program gives students the opportunity to pursue interests and areas of passion. The program has grown rapidly, from approximately 75 students joining one of four paths in 2014-15 to more than 130 joining one of eight paths this year. Every path currently has at least 10 students participating.

Continue reading about the Paths of Excellence program