A total of 106,871 donors — nearly enough to fill Michigan Stadium — from all 50 states and around the world stepped forward with gifts of all sizes 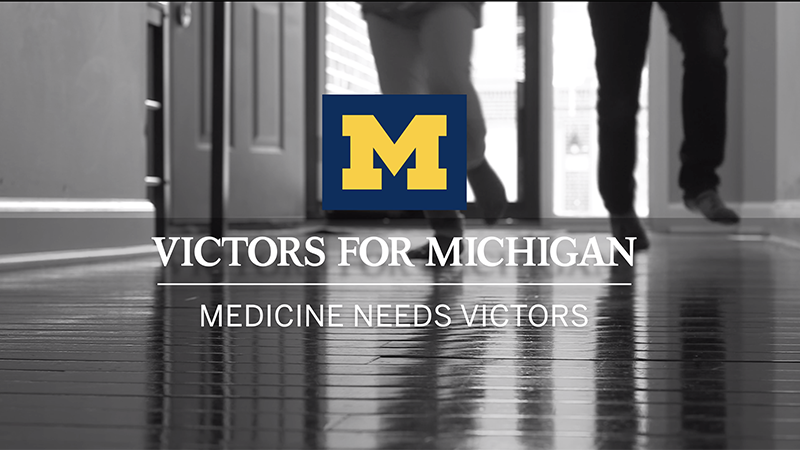 Michigan Medicine concluded its most ambitious fundraising campaign in the history of the health system having raised $1,497,027,267 — the largest amount ever during a campaign — and substantially exceeding the $1 billion goal announced in 2013.

A total of 106,871 donors – nearly enough to fill Michigan Stadium – from all 50 states and around the world stepped forward with gifts of all sizes.

“We put forth a transformational goal when we started the campaign,” said Richard Rogel, chair of the Michigan Medicine Victors for Michigan campaign and co-chair of U-M’s Victors for Michigan National Campaign Leadership Board. “The success of our efforts is a testament to our donors’ belief that few institutions are better equipped to lead the way in transforming health care.”

Campaign by the numbers

Five broad funding priorities — research, programs, faculty, students and facilities — were the focus of the campaign and equally integral to the health system achieving its mission to advance health to serve Michigan and the world.

“Throughout the campaign, so many individuals and families have made an impact with their generosity and commitment to the mission of Michigan Medicine,” said Rogel. “Each and every one of our ‘victors’ truly is an inspiration to me and to the faculty and staff whose efforts are bolstered by their support.”

Rogel and his wife Susan pledged $150 million — the largest gift in the history of Michigan Medicine — to support innovative cancer research and develop the next generation of cancer pioneers through the newly named Rogel Cancer Center.

Numerous endowed funds, including 163 research funds, 142 scholarship funds and 119 professorships, were established during the campaign to provide the steady financial support that is foundational to ongoing efforts.

Ranked among the top five hospitals in the nation and No. 1 in Michigan by U.S. News & World Report, Michigan Medicine is considered a best-in-class model for collaboration and is redefining standards for medical research, patient care and education.

“Philanthropy will always be an important factor in achieving our mission,” said Marschall S. Runge, M.D., Ph.D., dean of the U-M medical school, executive vice president for medical affairs, and CEO of Michigan Medicine. “When the Victors for Michigan campaign launched, we embarked on an ambitious journey to raise an unprecedented $1 billion because we truly believed — and still do — that Michigan Medicine is well-positioned like never before to lead the transformation of health care.”

More than 120 volunteer leaders — most of whom also were donors to the campaign — served on committees and advisory boards.

“Our campaign executive committee, led by Rich Rogel and the late A. Alfred Taubman, and numerous advisory boards and volunteer leaders, helped guide our fundraising efforts throughout the campaign,” said Eric D. Barritt, associate vice president and chief development officer for Michigan Medicine. “Their dedication and steadfast commitment to our mission helped us achieve more than we ever imagined possible.”

The Victors for Michigan campaign publicly launched in 2013 after a two-year silent phase. The campaign concluded on Dec. 31, 2018. The funds raised by Michigan Medicine represent nearly 30 percent of the overall $5+ billion raised by U-M during the campaign.