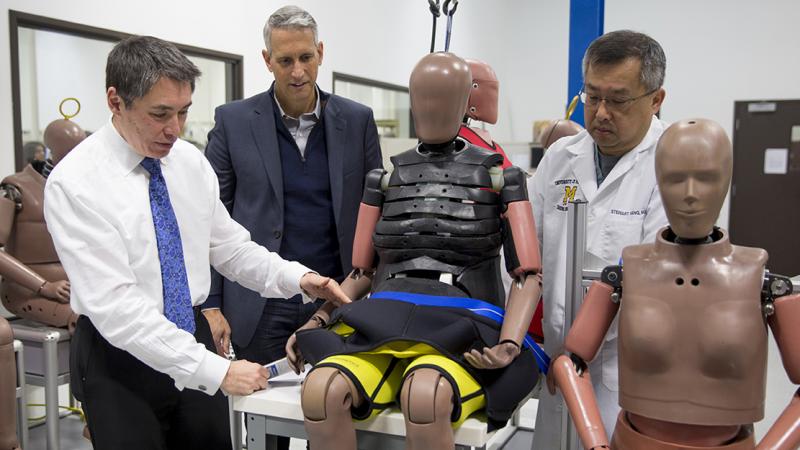 As the American population gets older and fatter, the crash-test dummies used to test the cars people drive are changing, too.

Recently, engineers at manufacturer Humanetics created dummies that reflect today’s drivers: a 273-pound obese dummy that is 106 pounds heavier than the traditional model and a prototype for an elderly dummy based on a 70-year-old woman who is overweight, too.

“You can’t talk about injuries without talking about the person — it’s individuals who are hurt,” says Wang, who is a sought-after collaborator on car safety as the director of the U-M International Center for Automotive Medicine, or ICAM, and of the Morphomic Analysis Group.

“The condition, size and shape of an individual is hugely important in how severe their injuries are in any given crash.”

A 2013 study from the University of California, Berkeley, found that obese drivers are up to 78 percent more likely to die in car crashes. Those who survive often have unique injuries based on size.

For example, in frontal crashes, obese drivers tend to “submarine,” or slide under the lap belt; their lower bodies are also poorly restrained because their lap belts have much more slack. As a result, they suffer more severe lower-extremity injuries at a much higher rate. Once they suffer such injuries, their obesity makes treatment more difficult and delays recovery.

“The typical patient today is overweight or obese — they’re the rule rather than the exception,” Wang says.