As leader of the Academic Affairs administrative team, she will oversee, coordinate and facilitate workflow, lead projects, staff selected committees, and coordinate leadership forums, among other activities 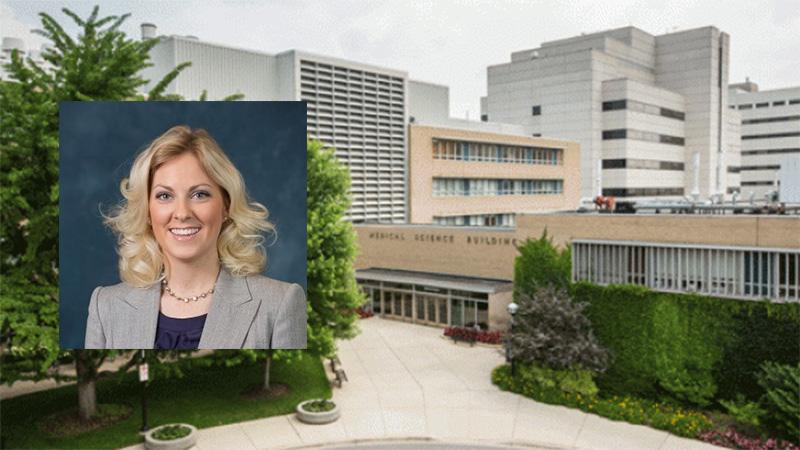 She will work closely with Executive Vice Dean for Academic Affairs and Chief Academic Officer Debra F. Weinstein, M.D., in collaboration with Executive Vice Dean for Research and Chief Scientific Officer Steven L. Kunkel, Ph.D., and Chief Operating Officer Matthew C. Comstock, MBA, MHSA, to advance the academic mission of the school. As leader of the Academic Affairs administrative team, she will oversee, coordinate and facilitate workflow, lead projects, staff selected committees, and coordinate leadership forums, along with other activities.

Manz has spent the past seven years with the Federal Bureau of Investigation (FBI) in Washington, D.C., first as a special advisor (2015-18), and since 2018 as chief of staff to the executive assistant director of the Human Resources Branch. This branch encompasses 37,000 employees in 500 locations worldwide, and a $9 billion budget with oversight of human resources, strategy and data analytics, finance and facilities, security, and training.

At the FBI, she collaborated with the organization’s highest-level executives to advance strategic and organizational initiatives; led multiple strategic projects for the deputy director and executive teams; and provided thought partnership, talking points, and communications for the workforce. She also successfully advocated for the creation of a new strategy and data analytics section, and earned the Director’s Medal of Excellence the last four years.

She has roots in Michigan and deep experience at the University. She earned a Bachelor of Arts in international business and Spanish from Adrian College, and a Master of Business Administration from the U-M Ross School of Business. Prior to joining the FBI, she served the University of Michigan as a principal auditor (2010-15).