He is the inaugural Jeffrey B. Halter Professor of Geriatric Medicine, chief of the Division of Geriatric and Palliative Medicine, and director of the Geriatrics Center and the Institute of Gerontology 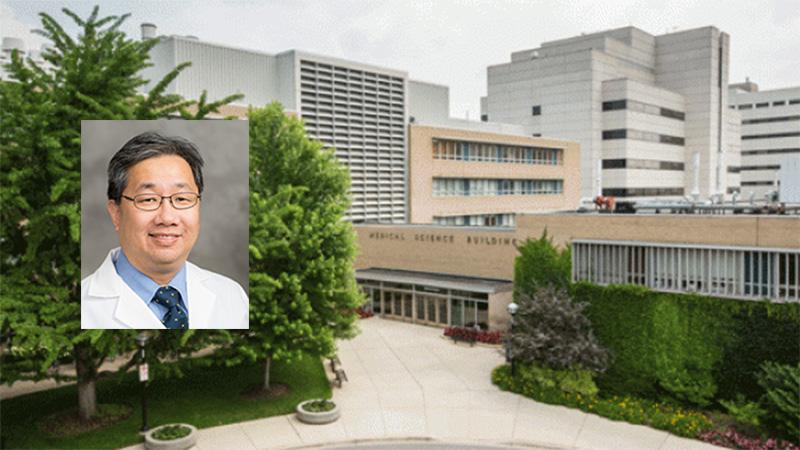 Raymond L. Yung, M.B., Ch.B., has been appointed interim chair of the Department of Internal Medicine in the Medical School, effective January 1. The provost provided interim approval of his appointment, and it will be reported at the February 2023 Board of Regents meeting.

Yung is the inaugural Jeffrey B. Halter Professor of Geriatric Medicine, chief of the Division of Geriatric and Palliative Medicine in the Department of Internal Medicine, and director of both the Geriatrics Center and the Institute of Gerontology. He also has served as associate director of research for the Geriatric Research Education and Clinical Center at the VA Ann Arbor Healthcare System and director of the U-M Hartford Center of Excellence. He previously served as interim chief of Rheumatology.

He graduated from the University of Liverpool School of Medicine, trained in internal medicine residency at Sinai Hospital in Detroit, and completed fellowships in both rheumatology and geriatric medicine here at the U-M. While exploring the underlying mechanisms for systematic lupus erythematosus, Yung became interested in the role that immune senescence plays in causing autoimmunity in older adults. He was promoted to full professor, with tenure, in 2009, and he is recognized internationally as an expert in geriatric rheumatology.

Throughout his career at Michigan, Yung’s broad research interests have combined with his deep caring for both the active elderly and the most vulnerable and fragile. He is principal investigator for the longstanding NIH/NIA P30 Claude D. Pepper Older American Independence Center grant. His research focuses on deciphering the role of early-life nutritional factors in the development of late-life chronic inflammatory diseases through epigenetic mechanisms. His laboratory also is investigating the underpinnings of age-related obesity, a common and growing issue. He is recipient of numerous prestigious awards, including the American Federation for Aging Research’s Paul Beeson Physician Faculty Scholar Award.

Yung is a devoted educator and mentor, and many of his former students, trainees and fellows have gone on to leadership careers of their own.