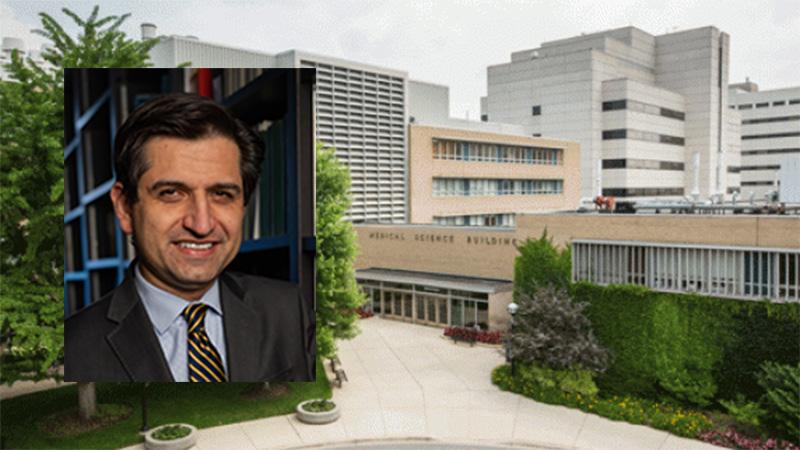 After earning his medical degree in 1996 from the Emory University School of Medicine, Mian completed his residency training at the Wills Eye Hospital of Thomas Jefferson University in Philadelphia and a fellowship in cornea and refractive surgery at Harvard Medical School’s Massachusetts Eye and Ear Infirmary. He joined the U-M faculty in 2002 as a clinical lecturer in ophthalmology and visual sciences, and was promoted to professor in 2016. His research focuses on advanced corneal transplantation techniques, eye banking and medical education.

He was director of the residency training program from 2004-19 and previously served as fellowship director in the department. He is widely regarded as an outstanding teacher and mentor, and has repeatedly received the Bergstrom Teaching Award presented by ophthalmology residents. His other awards include the Anthony Adamis Award for Outstanding Research from the U-M Kellogg Eye Center in 2007, and the Senior Achievement Award from the American Academy of Ophthalmology in 2016. He received the Straatsma Award for resident education from the Association of University Professors in Ophthalmology in 2017 and the Payton Award for Eye Banking from the Eye Bank Association of America in 2019.

Mian directs the Association of University Professors of Ophthalmology Surgical Curriculum for Ophthalmology Residents, serves on the board of directors and as senior medical director of Eversight Eye Bank, on the board of directors of the Eye Bank Association of America and as vice chair of its medical advisory board, as secretary of the Cornea Society and secretary/treasurer of the Michigan Society of Eye Physicians and Surgeons.