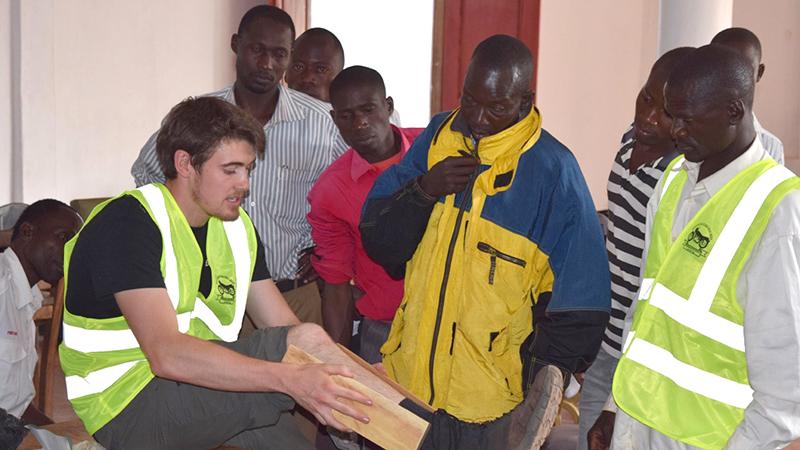 In 2016, during his first global health experience in Uganda, Peter G. Delaney happened to witness a traffic accident. On a busy street near the town’s central marketplace, a pedestrian was struck by a motorcycle taxi, a prevalent form of transportation across much of sub-Saharan Africa.

For Delaney, then an undergraduate student at Washington University in St. Louis and a trained Emergency Medical Technician, what started as a typical scene — a road accident — quickly became less familiar.

“This huge crowd gathered and I expected any minute to hear sirens in the distance, but I never did,” Delaney recalled. “It was a big mentality shift. As an EMT in St. Louis, I responded this sort of emergency all the time and I just realized there is no 9-1-1 here. No ambulance was on the way.”

Delaney helped load the injured man into the back of a car bound for the hospital. Then he immediately started thinking about what more he could do.

Three years later, LFR International, the non-profit Delaney co-founded, has trained thousands of motorcycle taxi operators basic first-responder skills across parts of Uganda, Chad, Guatemala, and most recently Sierra Leone. Delaney began his first year of medical school at UMMS last fall and his project has already earned the admiration of faculty and financial support from the institution to help expand the LFR training model.