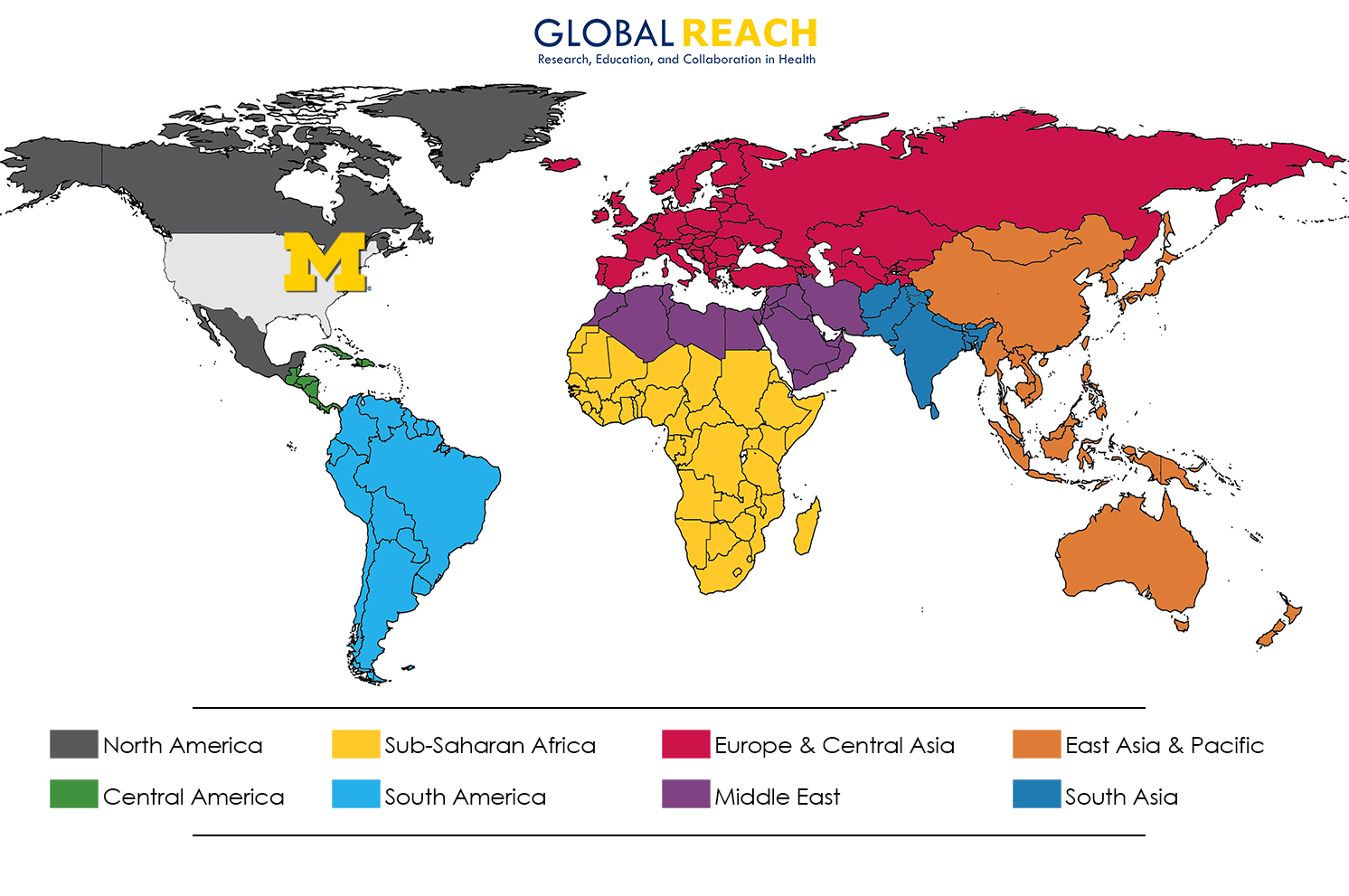 Our regions map and categorizations are based on the World Bank's 2018 Sustainable Development Goals Atlas, with one notable exception: we've carved out Central America as its own region.

North America (comprises collaborations in both Mexico and Canada)