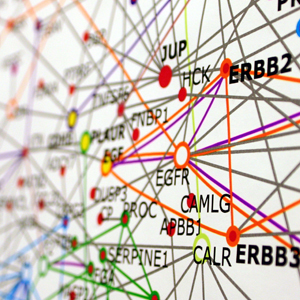 The EBS Computational Biology Initiative played a critical role university-wide in the establishment of the Center for Computational Medicine and Bioinformatics (CCMB) in 2005, which led to the subsequent establishment of the Department of Computational Medicine and Bioinformatics in 2012. CCMB still operates within the Department.  This Center is responsible for the Bioinformatics Graduate Program, offering both Ph.D. and M.S. degrees.  From 2005 to 2012, the CCMB was the home for the NIH Roadmap National Center for Integrative Biomedical Informatics (NCIBI), one of eight NIH National Centers for Biomedical Computing.  The National Center brought together computer scientists and engineers, mathematicians, and statisticians with biologists, chemists, and biomedical investigators. It generates new informatics tools and algorithms, and explores systems biology studies of cancer progression, diabetic complications, and heterogeneity of diabetes and of bipolar depression, among other application.  In 2012, the NCIBI transformed into the tranSMART Foundation which provides the widely used tranSMART data sharing and computing platform to support basic and clinical research.  The EBS Computational Biology Initiative was also instrumental in developing the Medical School Bioinformatics Core, with consultative services and specialized infrastructure expertise.  By 2013, CCMB has grown to over 120 faculty affiliates, with half from the Medical School and half from the rest of the university.

EBS collaborated with CCMB to create the EBS Computational Biology Initiative.  The aim was to increase our strength in multi-scalar modeling of intracellular pathways and physiological processes to guide EBS faculty and students in data mining and model building to enhance their experimental protocols and interpretations of results.
The CB Initiative had three elements:

The EBS-CB Initiative helped to enhance other EBS initiatives, specifically the Genetics and Genomics,  the Host Pathogen, and the Protein Structure/Dynamics/Design Initiative. The EBS-CBI also helped to enhance the EBS-supported Michigan Metabolomics and Obesity Center (MMOC), and the Brehm Center for Type 1 Diabetes Research and Analysis.