The Deputy Chief Scientific Office and Chair of both Neurobiology and Neuromuscular Disease at the Barrow Neurological Institute will speak about the challenges in defining pathogenic mechanisms in a heterogeneous disease like amyotrophic lateral sclerosis (ALS).

"Use of ALS Patient-Derived Samples to Identify Biomarkers, Mechanisms of Disease, and Precision Medicine Approaches of Treatment"

The seminar will provide an overview of the challenges in defining pathogenic mechanisms in a heterogeneous disease like amyotrophic lateral sclerosis (ALS), and how the use of patient derived samples helps identify genes and pathways that can then be further investigated in cell based or animal models of disease. Both unbiased and targeted proteomic methodologies have been used to discover biomarkers from human biofluids and pathways altered during ALS. Novel animal models have been generated to explore function consequences of disease causing MATR3 mutations, and initial efforts using precision medicine to treat ALS will be presented. 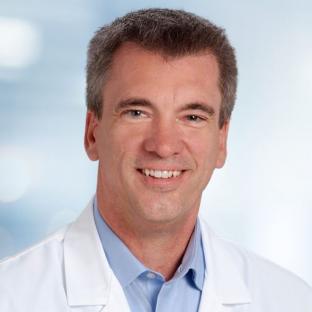 Dr. Bowser is an internationally recognized leader in ALS research, contributing pioneering efforts to discover and validate biomarkers for ALS and other neurodegenerative diseases. These biomarkers have been instrumental as diagnostic biomarkers of disease and predictors of disease progression. They are also used to evaluate the effectiveness of drug treatments in clinical trials. Additional research in the Bowser Laboratory includes exploring the mechanisms underlying neurodegeneration, developing new technologies for the delivery of drugs into the central nervous system, and defining the spatial expression of genes relative to neuropathology within human tissue samples. Dr. Bowser is the founder of two biotechnology companies and owner of multiple patents around his scientific discoveries.

As deputy chief scientific officer of Barrow Neurological Institute and St. Joseph’s Hospital and Medical Center, Dr. Bowser oversees all research efforts and defines research directions for the institution. Dr. Bowser is also the co-director of a national biorepository of biofluid samples from ALS patients and of a national ALS post-mortem tissue bank. These biofluid and tissue samples linked to clinical information are a critical resource in our search for the cure and used in research efforts throughout the world. Dr. Bowser participates in many clinical research studies and clinical trials to translate research findings from the bench to patients. He has received numerous awards for his work, including the Sheila Essey Award, which is the highest international award for ALS research.

Dr. Bowser obtained his undergraduate degree from Carnegie Mellon University in Pittsburgh and PhD from Yale University in New Haven, Connecticut. He completed fellowship training at the Albert Einstein College of Medicine in New York City and was a faculty member at the University of Pittsburgh School of Medicine from 1994 to 2011, rising through the ranks to full professor. He joined the faculty at Barrow in 2011.

Dr. Bowser’s research efforts are currently funded by many granting agencies, including the National Institutes of Health (NIH), the Department of Defense, Target ALS, and the ALS Association (ALSA).