What Is an Opioid? 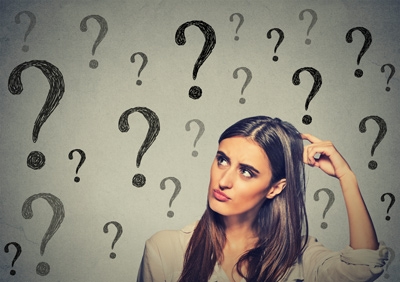 You may have heard about the dramatic rise in the misuse of opioid prescription pain relievers and opioid overdose deaths. Many people misusing prescription opioids get addicted to these drugs, and the consequences are sometimes fatal.

This has become such a serious problem that the President has taken action to try and reduce it. So this is a good time to learn exactly what opioids are, why misusing them can be dangerous, and how you can avoid having a problem with them.

Your brain on opioids

A lot of different drugs are called opioids. As we mentioned, many of them are prescription medications used for pain relief (like after you have dental surgery), but heroin is also an opioid.

Opioid drugs bind to opioid receptors on cells in the brain and throughout the body. Some of those cells control a person’s digestion, pain, and other functions; your body already contains opioid chemicals, such as endorphins, which relieve pain and make you feel good during exercise. When opioid drugs attach to these receptors, they dull a person’s perception of pain even more. That’s why they can be so useful for people recovering from serious injuries or surgery.

But opioids also affect the brain’s reward (pleasure) system, which can make people feel euphoric (high). Some people take opioid medications just to feel that high. If you’re taking a prescription pain medicine to get high, you’re misusing it, and putting yourself at risk for addiction and other health problems.

The best way to avoid opioid addiction is to take opioid pain medications only as prescribed by a doctor, and only for as long as you need them.

The difference between prescription opioids and heroin

Even though heroin is an opioid, there’s a reason you can’t get a prescription for it. Because it’s injected or snorted, heroin enters the body and brain all at once and produces an extreme high that doesn’t last very long—so it isn’t much use for pain relief, but it is easy to get addicted to.

Many prescription opioids are designed to affect you more gradually, producing less extreme effects than heroin over a longer period of time. But sometimes people who want to get high on the drug crush opioid pills to snort or inject the powder, so they can get a more immediate, stronger effect. This is very dangerous, because of the risk for addiction and overdose.

Unfortunately, some people who misuse prescription pain relievers shift to using heroin because it’s cheaper and they can get it on the street instead of from someone’s prescription.

Researchers have developed medications to help people recover from opioid addiction. Methadone and buprenorphine(Suboxone, Subutex) both activate the opioid receptors just enough to prevent an opioid-addicted person from feeling withdrawal or cravings, but not enough for them to get high. This helps prevent relapse while their brain gradually heals.Naltrexone (Vivitrol) blocks opioid receptors and prevents the opioid from having its usual effects.

Combined with other support, like counseling, these medications can help people stop abusing opioids and get on with their lives.

Another medication, called naloxone, which also blocks opioids from affecting opioid receptors, can be used in emergencies to stop a person from dying of an overdose. It needs to be given quickly, which is why the Food and Drug Administration just approved an easy-to-use nasal spray version that can be given by a friend or family member.