Research Assistant Professor Benjamin Murdock, PhD, is leading research to repurpose a drug that suppresses the immune system for use in treating amyotrophic lateral sclerosis (ALS).

The NeuroNetwork for Emerging Therapies recently acquired a patent to test a drug currently used for rheumatoid arthritis, ulcerative colitis, and other ailments, as a new therapy for ALS. Dr. Murdock and Dr. Eva L. Feldman, director of the NeuroNetwork for Emerging Therapies, have seen preliminary evidence that the drug could possibly preserve nerve function and offer new hope for patients faced with ALS.

A native of the San Francisco Bay Area (Antioch), Dr. Murdock graduated from UCLA before venturing to the University of Michigan to earn his PhD in Immunology (2010). Now a fixture in Ann Arbor as an assistant professor, he and his wife are raising a son (13 years old) and two girls (9, 2). Dr. Murdock revisited his scientific career’s past, present and future.

How did you get your start in science?

I majored in microbiology and molecular genetics at UCLA. The program later changed to include immunology, so begrudgingly I had to take an immunology class. I thought I knew what I wanted to do, microbiology, but I took the immunology course and I absolutely loved it. It took me by surprise. I had a knack for it and I enjoyed it. That decided my career trajectory.

How did the University of Michigan become your next career step?

I had spent five years in Los Angeles and I was ready to live someplace else. I was interested in Michigan because the research program had a great reputation. They had a great microbiology program. The immunology program was relatively new and getting off the ground. Besides the work environment, I was really attracted to the college town feel of Ann Arbor and I still really enjoy it here today.

How did you end up working with Dr. Feldman?

I had spent a few years with the U-M Pulmonology and Microbiology Departments, but I was open to a change. In 2014, I learned that Dr. Feldman was looking for an immunologist. I was interested to learn more about ALS and neurological diseases and their interaction with the immune system. I had a lot of experience with pulmonary and microbiology, so I knew how the immune system reacted in some diseases. I thought my skill set and knowledge base would be valuable and applicable to neurology. It has worked out really well because Eva needed someone to take over this project, where we’re looking to block specific pro-inflammatory immune pathways, and bring it into the clinical realm, as well as mouse studies, and come up with ideas for treatments. 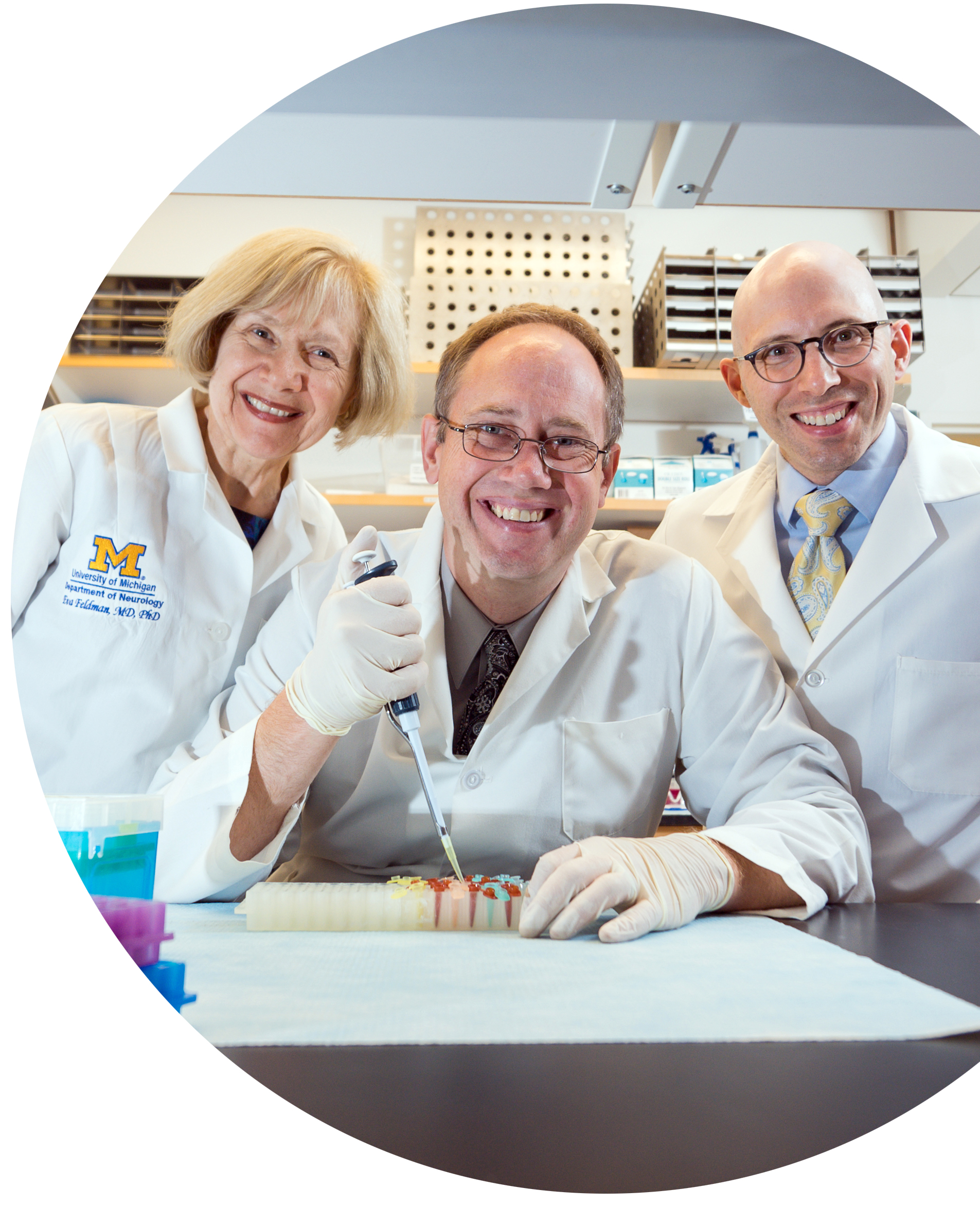 How does the immune system factor into ALS?

The immune system is really complex. It doesn’t just kill things. It’s strongly integrated into the repair response for damage from an infection through a wound. The immune system helps fix things. If you wipe out the immune system, you block the bad parts, but you block the good parts too. We think that’s what happened with early ALS trials where they tried using global immunosuppressants. When researchers did ALS mouse model trials, they found that targeting specific cell populations within the immune system can have radically different responses. Some cells if blocked make the disease better, but blocking others, like CD4 T cells, actually makes the disease worse. With this drug we’re trying to target specific cell types and immune pathways, specifically the JAK/STAT pathway, so that you’re stopping the destructive immune aspects, but preserving the protective and repair aspects.

What makes the immune system an ideal target for treating ALS?

How are the results of your research leading to a human trial?

We’re gearing up for clinical trials in humans where we'll use a drug to block the pro-inflammatory immune pathways. We’re coordinating with the U-M Office of Research and U-M Tech Transfer to seek out pharmaceutical companies that make similar drugs that would like to work with us on a trial.

We’ve done some mouse studies already and they had promising results where the mice had an increase in survival while receiving treatment. In vitro, we’ve seen very good results. If we have a natural killer (NK) cell (an immune system cell that attacks damaged nerve cells in ALS) and an ALS nerve cell, then we see a lot of damage. If we add a drug that inhibits the JAK/STAT pathway, then it reduces damage. We’ve seen that result with other cell types too. By adding this drug it dramatically reduces the killing that NK cells do. In mouse models, this drug has worked to deplete NK cells. We have a paper in the submission process that reports these findings. Meanwhile, we’re pursuing additional funding right now to explore how different dosage levels affect mouse survival.

What’s next in your research of ALS?

The big breakthrough that we’re teetering on the edge of is the idea that the immune system isn’t good or bad, but that patients are affected by it differently. Previous immune therapies haven’t worked, but for that matter no drug has worked well in ALS. One of things we’re finding with our immune system studies is that there are pretty large differences between ALS patients based on their age and sex. We have a paper that we expect to publish soon that shows men and women have different responses to ALS. We’re really working on this right now and it would explain a lot of the different things we’ve seen and different failures that all groups in the ALS field have experienced. That’s why Stephen Goutman and I have put in a big grant proposal to the National Institutes of Health. This is a really novel and very impactful finding and a field to explore. I think that’s really where we’ll be going. This would be a major step forward in personalized medicine. 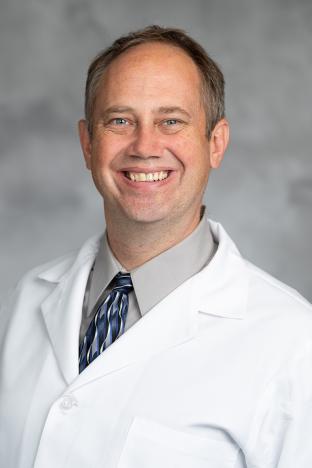