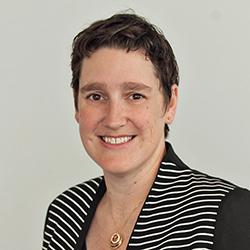 Proteins carry out most cellular processes as members of dynamic multi-protein assemblies. Although progress has been made cataloging the constituents of specific complexes, we have only limited knowledge of how proteins assemble into macromolecular machines and how these machines perform their cellular functions. We are using yeast genetics, biochemistry and single particle cryo-electron microscopy (EM) to explore the structural and functional organization of complexes involved in pre-mRNA splicing and complexes involved in the protein ubiquitination pathway.

Single Particle Cryo-Electron Microscopy
Single particle cryo-EM is a powerful technique for determining the structures of large, dynamic complexes that are too difficult to crystallize. In this structural approach, purified complexes are applied to grids covered with holey carbon film and quickly frozen by plunging the grids into liquid ethane. The rapid freezing prevents water from forming ice crystals and embeds the molecules in a layer of vitrified (or amorphous) ice preserving the specimen in a near-native environment. Images of the preserved particles are taken using an electron microscope. Digital image processing methods are then used to produce 3D models from the images of complex particles trapped in vitrified ice.

The Spliceosome
Although the human genome contains ~25,000 genes, it is estimated that we make over 90,000 proteins. The disparity between our genome and our proteome can be explained by the activity of the spliceosome, a large macromolecular machine composed of RNA and protein components. This complex catalyzes the excision of non-coding introns from a pre-messenger RNA (pre-mRNA) to create a mature message (mRNA). Although the composition of the spliceosome is known, it remains a mystery how this dynamic machine functions. To understand spliceosome function and regulation it will be essential to develop three-dimensional (3D) pictures of how the numerous spliceosomal proteins and RNA components organize into one machine. A number of projects in the lab focus on the functional and structural characterization of stable spliceosomal complexes isolated from the fission yeast S. pombe.

Pore Forming Toxins
There are a number of projects in the lab that focus on studying the structure and function of pore forming bacterial toxins. We work with a multidisciplinary team of researchers to understand how these toxins function as both soluble and membrane inserted proteins, with the main goal of gaining a mechanistic understanding of how these toxins contribute to pathogenesis.